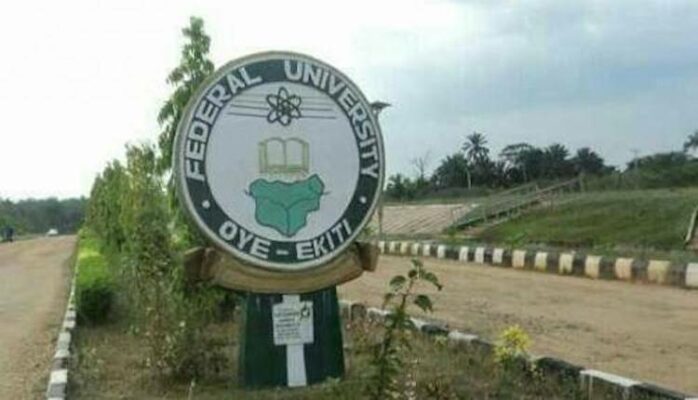 Two lecturers of the Federal University, Oye-Ekiti (FUOYE), Dr Akinyemi Omonijo and Professor, Adeyemi Oluwagbemiga, have accused the management of the university, of flagrantly disobeying the valid orders given in two separate judgments of the National Industrial Court, sitting in Akure and Abuja which ordered their immediate reinstatement.

Dr Omonijo who is the current chairman of the Academic Staff Union of Universities (ASUU) of the university, was placed on an indefinite suspension by the university in 2019, via two separate letters dated February 14 and 15, 2019 and signed by the then Acting Registrar of the institution, Mrs Olayinka Adeniran-Ajayi.

Aggrieved at the suspension, Dr Omonijo through his lawyer, Mr Femi Falana (SAN), in suit number NICN/AK/21/2019 filed before the National Industrial Court, Akure Division, urged the court to declare his indefinite suspension without pay illegal, unconstitutional and a violation of the provisions of the Trade Union Act, arguing that the letters of suspension without pay dated 14 and 15 February 2019 were unknown to law.

However, during the pendency of the suit, both parties reached an amicable settlement of their disputes and requested that judgment of the court be entered based on the agreement. Consequently, Justice Kiyersohot Damulak in a consent judgment set aside Dr Omonijo’s suspension and ordered the university to reinstate him to his status as Senior Lecturer and to pay his salaries, allowances, and entitlements from February 2019.

Justice Damulak further held that the letters dated 14 and 15 February 2019 regarding his suspension should be withdrawn along with the withdrawal of the claimant’s claims in the suit. Subsequently, the University in a letter dated November 10, 2021, signed by the Acting Registrar and Secretary to the Governing Council, Mufutau Ibrahim, acknowledged the receipt of the consent judgment.

Falana in a letter written to the university, urged the Governing Council to comply with the consent judgment of the National Industrial Court, pointing out that the court did not attach any precondition in the judgment, warning that attaching a precondition would be in contempt of the court.

In a related case delineated NICN/AK/64/2018 filed by Professor Adeyemi against the institution, Justice Oyejoju Oyewumi of the National Industrial Court, Abuja Division had in her judgment delivered on November 12, 2019, declared his letter of termination dated October 31, 2018, null and void.

Justice Oyewumi held that Professor Adeyemi is still in the employment of the university and should be reinstated to his erstwhile position without any loss of seniority, rank and entitlement whatsoever. The court also restrained the management of the university from further interfering with his rights, privileges and performance of his duties as an Associate Professor in the University.

The university had approached the Court of Appeal, Akure Division to challenge the judgment but the appellate court in a ruling delivered on October 6, 2021, Justice Rita Pemu dismissed the appeal for want of diligent prosecution after observing that counsel for the university was absent after being duly served with hearing notice.

The university again appealed to the Supreme Court praying the Apex Court to allow the appeal and set aside the judgment of the lower court, arguing that the lower court erred in law when it struck out its Motion on Notice filed on October 14, 2020, insisting that the appellant was present in court and was represented by the Head, Legal Unit, Mr Lawrence Eni.