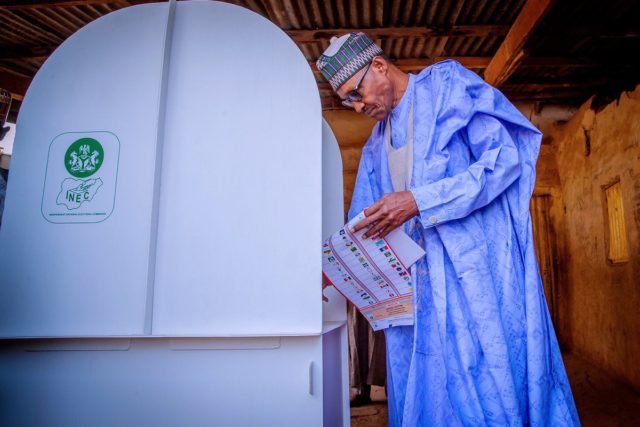 Ahead of the 2023 general election, the Governor of Sokoto State, Aminu Waziri Tambuwal, has said that the only legacy left for President Muhammadu Buhari to leave for the nation was to conduct a credible, free and fair election.

He urged Buhari to emulate former President Goodluck Jonathan by conducting an election that would deepen the nation’s democracy.

He spoke in an interview with journalists shortly after holding a closed door meeting with former Governor of Kaduna State, Senator Ahmed Mohammed Makarfi in Kaduna last Thursday night.

Earlier before the meeting, which was also attended by former Governor Attahiru Bafarawa; former minister Mukhtar Shagari, lawmakers, retired army officers and many PDP chieftains, Tambuwal said he was in Kaduna to see Makarfi, who recently returned to the country from a medical trip overseas.

Earlier in his remarks, Makarfi admonished the PDP stalwarts and other party members to unite and embrace one another.

“If we unite and accommodate each other, we will have cause to smile,” he said.

Speaking in an interview with journalists before his departure, Tambuwal said Makarfi appealed to the members of the party to come together.

“That is becoming our national anthem…unity all the way. It’s only when we are united that we can have a very strong force,” he said.

He added: “As I said before, the head of the electoral umpire, INEC, Prof. Mahmood Yakubu has only one option. That option is to leave a lasting legacy. From my knowledge he is from a very good family background.

“So, he needs to actually make sure that he does not soil his family history and his own personal history by ensuring he conducts a free and fair election.

“Even President Muhammadu Buhari himself…despite all the failures that we are seeing in this administration, the only legacy that is left for him is to ensure he conducts free, fair and credible election. Same way as President Goodluck Jonathan did ensure and handed over to him in 2015,” he said.