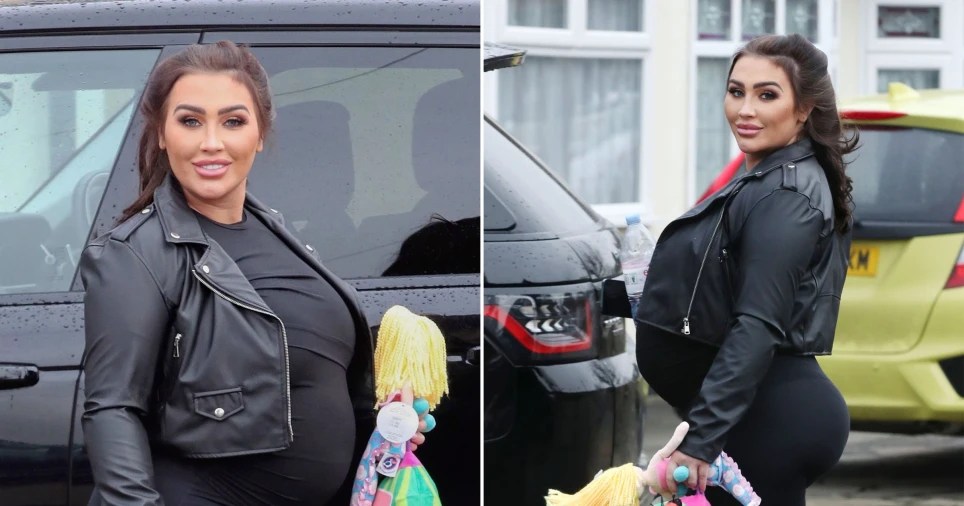 Lauren Goodger has been spotted with her baby bump on show for the first time since she announced she was expecting her second child.

Lauren was spotted leaving her home in Essex on Wednesday, dressed in all black as she headed to her car with some of Larose’s toys in the shape of a watermelon and mermaid.

She showcased her growing bump in a tight-fitting black top, paired with black leggings and a leather jacket and trainers as she smiled for photographers next to a black Range Rover.

Lauren had revealed she and Charles had fallen pregnant just eight weeks after she gave birth to their first child, and while they are no longer in a romantic relationship, both of them wanted to go through with the pregnancy.

The reality star had previously admitted she was ‘scared’ about having a second child so close to her first but is loving being a ‘hands-on mum’.

She revealed that she had suspected she might be pregnant after not having a period for a few weeks and finding her nipples were in ‘unbearable’ pain while breastfeeding Larose, which led to her taking a test.

Lauren told OK! magazine: ‘We weren’t very careful and Charlie was really pleased, but being honest I was really in two minds about it.
‘I was like, “I’m just getting myself back together – I’m going back to square one. Is this fair?” You get real mum guilt, like, “What about Larose?”

‘She’s still a baby, she still needs me, I won’t be able to be there for her.’

Cardi B Shares First Glimpse Of Her Son