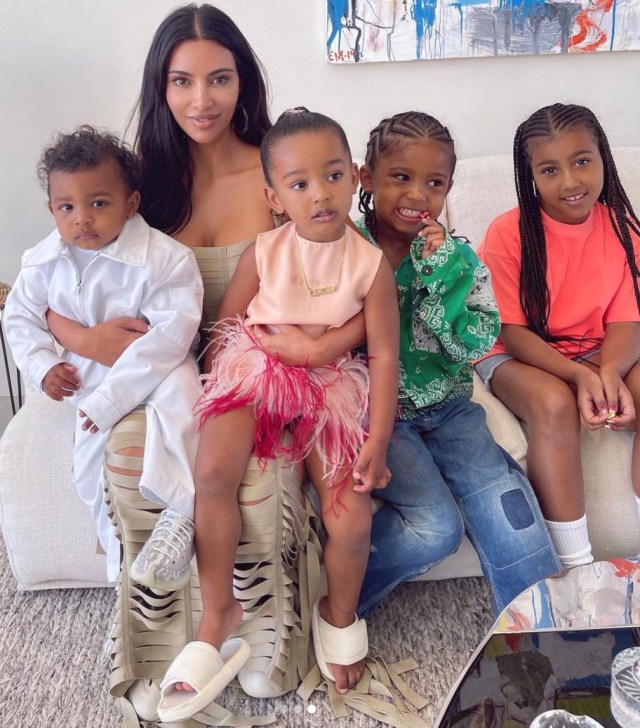 Kim Kardashian is taking the “high road” when it comes to being a good mom.

During an appearance on The Ellen DeGeneres Show, the 41-year-old SKIMS mogul opened up about co-parenting her kids with ex Kanye West.

She and the Donda rapper share four children: daughters North, 8, and Chicago, 4, and sons Saint, 6, and Psalm, 2½.

Host Ellen DeGeneres commended the reality star for the “beautiful” way she “protects” West, 44, for the sake of their children despite him being public about their differences amid divorce.

“I think that’s just who I am and I always had such a good example in my mom and my dad and their relationship,” Kardashian responded, referencing her mother Kris Jenner and late father Robert Kardashian.

“So I’m always just hopeful and no matter what goes on, it’s the father of my kids. I’ll always be protective. I always want my kids to just see the best of the best.”

“I just try to — as hard as it can be sometimes — I do try to ignore it and try to do whatever’s best for the kids,” she added. “Take the high road.”

The Kardashians star added that she believes the “challenge” of co-parenting is being placed in her life to teach her a lesson, adding that she’s doing her best to “push forward.”