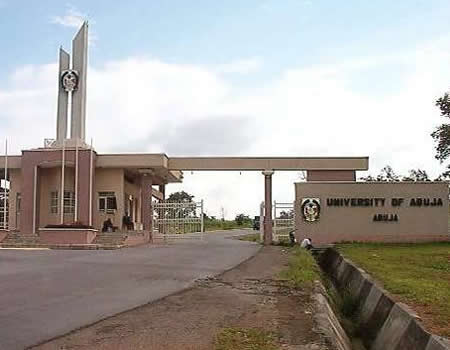 THE authorities of the University of Abuja have said the institution has commenced a 24-hour security patrol to ensure the safety of staff and students of the school following the recent invasion of Senior Staff Quarters of the university by bandits and abduction of some staff and their children.

Pro-Chancellor and Chairman of University of Abuja (UniAbuja) Governing Council, Professor Ahmed Modibbo, made this known at a retreat organised by the Governing Council for principal officers, deans, directors and university-based unions on Saturday in Abuja.
He said the institution has also engaged the services of hunters and vigilantes to properly secure the university.

He said: “We have now mounted continuous 24 hours security patrol, not only within the campus and residential area but within perimeters of the university.

“We also employed additional hunters and vigilantes to be patrolling in areas that are not fenced.”
He said the governing council is also working out a plan to ensure decent accommodation for staff through the involvement of investors and other relevant bodies.

Speaking on the theme of the retreat “Navigating Myriad of Challenges in Managing Universities in Today’s World,” Modibbo advocated innovative ways of enhancing additional funding for the institutions.
He said UniAbuja was making efforts to also partner with several international organisations and foreign universities on alternative funding for the university.

“The University of Abuja is making efforts to partner with a lot of international organisations, a lot of foreign countries and overseas universities.

“Almost every week, we have one ambassador or the other visiting the university. They have selected the University of Abuja to pilot some of the collaborations they want to do with not only Nigerian universities but the Nigerian government.
“For instance, the Netherlands government want to establish a dairy research centre and we will find it useful for faculty of Veterinary Medicine and Faculty of Agriculture where they will establish and promote research into veterinary challenges, into milk production, research into agriculture from China, from the Netherlands so that they will now use our students.

“We get grants from these countries to establish these centres and also train students so that our graduates will be skilled, inclined, and entrepreneurs so that they become self-reliant, self-employed rather than relying on the government. So we are taking a lot of support from the international organisation,” he said.

On sexual harassment in the university system, Modibbo emphasised that those found culpable would henceforth be sanctions accordingly.
He revealed that over 10 cases of such had been transferred to the university’s disciplinary committee and persons found guilty would be brought to book.

“Once somebody breaches the rules and regulations, they must be sanctioned no matter how highly placed. Whether it is sexual harassment, examination malpractices or extortion from students in one way or the other.

“I can assure you that in the next couple of months, you will begin to see changes in the way we approach things in the university,” he said.

Declaring the retreat open, Permanent Secretary, Federal Ministry of Education, Sonny Echono, said universities must be proactive to address their challenges, particularly in the area of sustainable funding.
Echono challenged participants at the event not to always depend on the government budget to run the university but look inward for alternative funding to keep the university going.

He further said that in the face of dwindling funding, unproductive courses not meant to be offered in the universities system need to be removed.

“On university sustainable funding, I am of a very strong view that as long as we depend on the government budget to run our university, our expectations from the budget will continue to remain a problem.
“I would prefer we go to the old tradition of bottom-up based approach on the actual need of the and that funding will be such that is determined by cost.

“You go to the system where you determine what it takes a year for a student in a particular course of study and what it takes to produce a student over the course and every stakeholder should partake in it.

“We should adopt a grant system that will enable the university to practice what it preaches about autonomy and it will enable the governing council to operate on the strength of their balance sheet, that way you can eliminate some very unproductive programmes from the university.
“You don’t need to have every university in this country offering courses in a certain course area where you now have more lecturers than students across our university and at the end of the day add up to the wage bill,” he said.

On his part, the Vice-Chancellor of the university, Professor Abdul-Rasheed Na’Allah, commended the governing council for the retreat.

While listing the various steps taken by the UniAbuja in recent time to position it as a world-class university, the Vice-Chancellor, however, expressed concerns over the negative practices that held sway in the University before his assumption of office and the seeming resistance being put up by some staff in the quest to address the anomalies.

According to Na’Allah, some of the hitherto challenges include the absence of proper students record, sexual harassment, handling of senior academic staff courses by part-time lecturers, religious and ethnic agenda, among others.