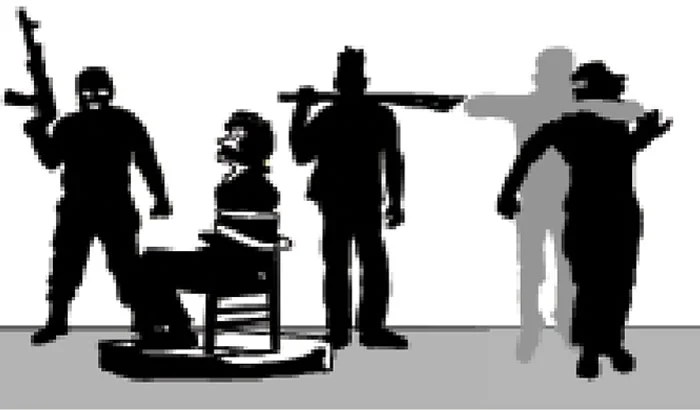 No fewer than eight members of the All Progressives Congress were kidnapped between Araromi Opin and Obbo Ile in Ekiti Local Government Area of Kwara.

A relative of one of the victims, Mr Adekunle Oluwole, told the newsmen on Thursday in Ilorin that the incident took place on Wednesday evening.

He also said that five of the eight people involved had escaped from the kidnappers.

According to him, the people were returning from the inauguration of the Kwara chapter of the APC State Executive Committee from Ilorin.

Oluwole added that the member representing Ekiti Constituency at the state House of Assembly, Mr Ganiyu Abolarin, and the Ekiti local government APC chairman, Mr Wale Awelewa, were at the hospital where some of the victims were rushed after they escaped on Wednesday.

He said that some of those attacked by the kidnappers had been released from the hospital after receiving treatment and medical expenses settled by Abolarin.