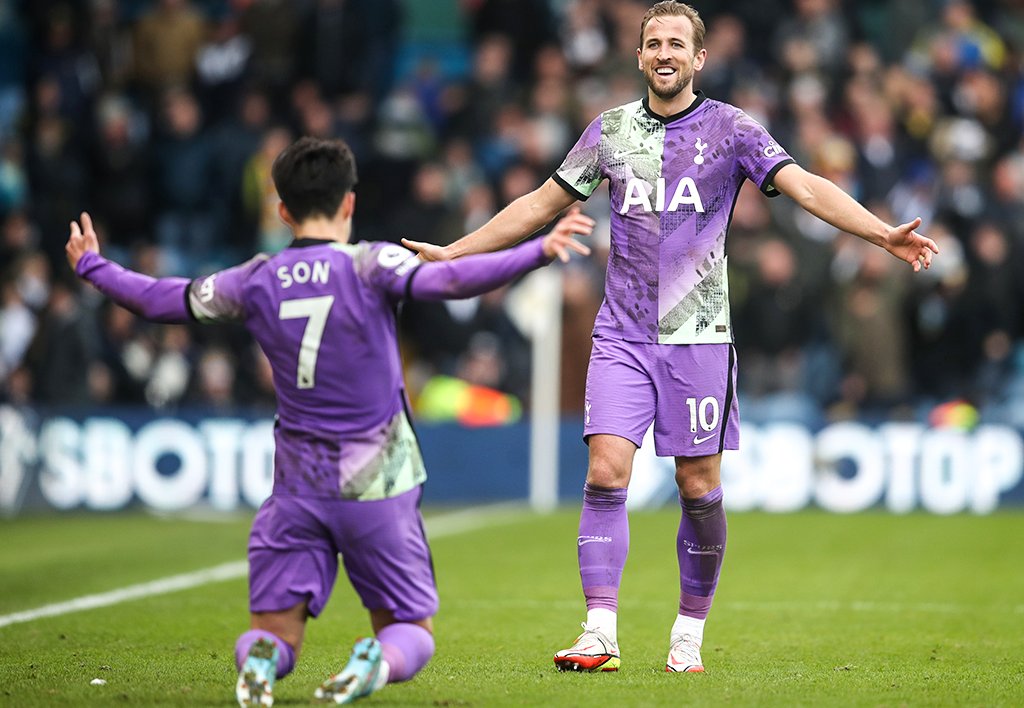 Tottenham Hotspur returned to winning ways after thrashing struggling Leeds 4-0 at Elland Road in the Premier League on Saturday.

The strike means Kane and Son have combined for a Premier League goal for the 37th time, overtaking Chelsea legends Didier Drogba and Frank Lampard (36) as the duo who have assisted one another for the most goals in the competition’s history.

Doherty struck early on before Kulusevski scored a brilliant solo goal on 15 minutes as Tottenham made a fast start in response to Antonio Conte’s rallying call in midweek.

Kane had the visitors three-goals up before the half-hour mark and the Spurs striker combined with Son for the fourth.

Conte’s side are back in the hunt for top-four following their defeat to Burnley, now four points off fourth-place Manchester United.