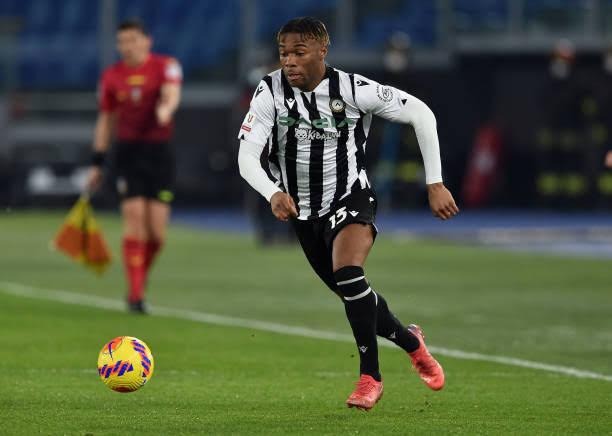 The Udinese defender, currently on loan from Hellas Verona has impressed in Udine and is attracting the interest of bigger Italian teams.

According to Nicole Schira, a market expert from Il Giornale, some of the clubs interested in Udogie are Napoli, Juventus and Atalanta. All three clubs are following his growth and are impressed by his performances this season.

The defender has scored twice and assisted once in twenty-three Serie A matches in the ongoing campaign. His overall performance has also drawn superlatives from various teammates and opponents in the country.

Currently representing the Italy U-21s, Udogie who was born in Verona, is seeking to represent the Azzurri but may be tempted by the prospect of representing the Super Eagles. One of his Udinese teammates is Isaac Success, a two-time capped Nigeria international and former U-17 star.

The 20-year old defender is currently rated one of the Serie A’s best young players and is backed to have a solid career in the league.