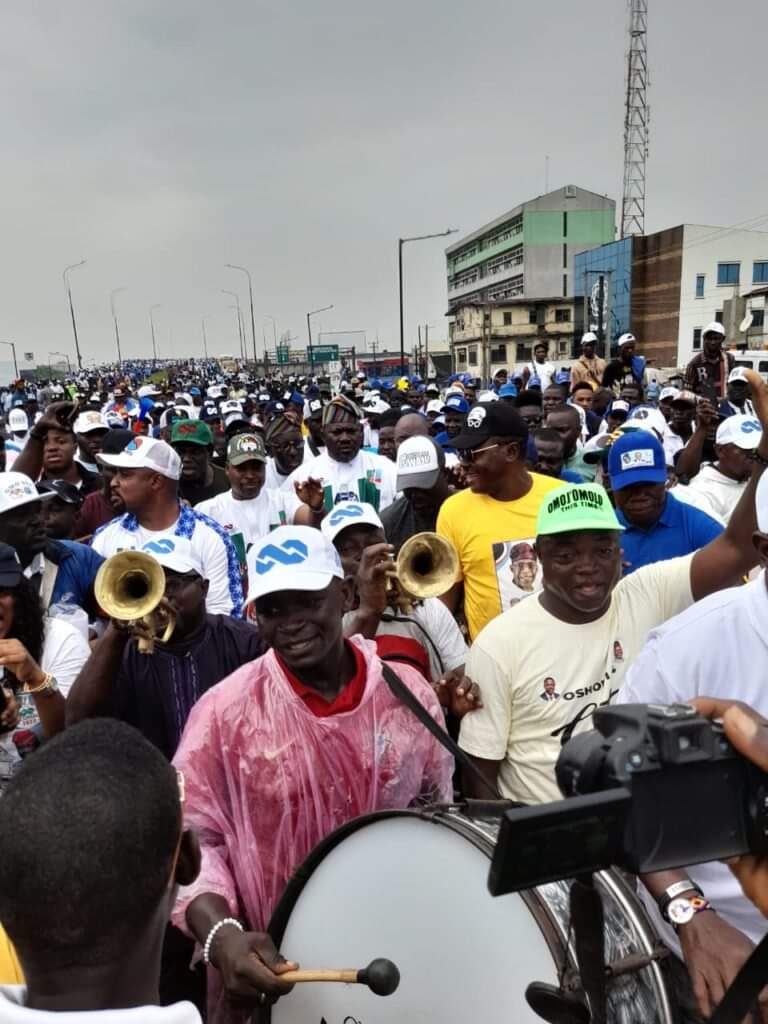 There is currently gridlock in different parts of Lagos as thousands of Bola Tinubu’s supporters trooped out for a solidarity rally for Presidential Candidate of the All Progressives Congress (APC).

On Sunday, Akinsanya and thousands of his supporters marched on the ever-busy Ikorodu road and other parts of Nigeria’s economic capital.
Shouts of “Awa Lokan”, “Se Jagaban”, “Tinubu for President” rend the air as the crowd marched through the roads.

Many vehicles struggled to make their way as the crowd occupied a significant portion of the road.
More details to follow….

2023: We’ve no Plans to Disrupt Election in Igboland – IPOB