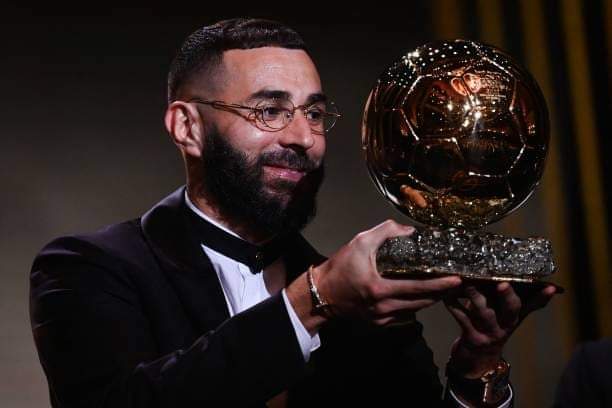 The 34-year-old managed 44 goals in 46 matches last season as Real won the Champions League, another LaLiga title along with the Spanish and European Super Cups.

Benzema was crowned in a ceremony in Paris ahead of Sadio Mane in second and Kevin de Bruyne in third – with the striker becoming the first French winner of the Ballon D’Or since Zinedine Zidane – who presented him the award – in 1998.

While speaking on the award, Benzema said, “It makes me really proud,” said Benzema. “All the work I did, I never gave up. It was a childhood dream like all kids – the motivation. I had two motivations in my life – Zidane and Ronaldo. I’ve always had this dream in my mind that anything is possible.

“There was a difficult period where I wasn’t in the French team, but I never stopped working hard nor gave up. I always kept my head, concentrated on playing football and I’m really proud of my journey here. It wasn’t easy, it was a difficult time. It was hard for my family as well. To be here today, for the first time for me, I’m happy and pleased with my work and I keep going.

“I want to thank my team-mates, whether it’s Real Madrid or the national team. My coach, thanks to him as well. The Real Madrid president as well.

“I have a lot of people to thank. It’s an individual prize, but it’s a collective one because everyone has played a role.”