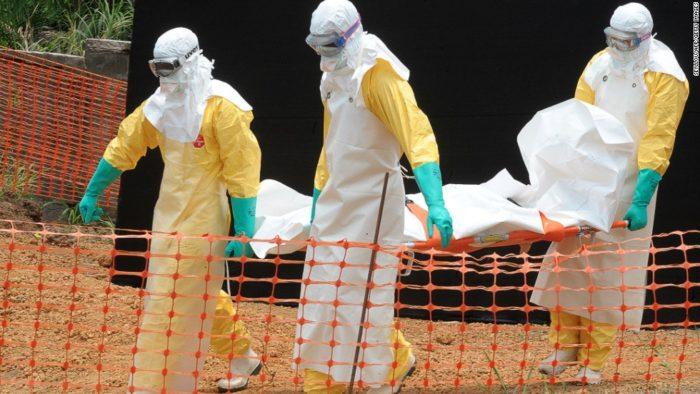 The Nigeria Centre for Disease Control and Prevention has said that Nigeria is at high risk of Ebola virus disease following the outbreak of the disease in Uganda.

The NCDC, in a release on Tuesday, signed by its Director-General, Dr Ifedayo Adetifa, stated that it was on high alert, adding that “the likelihood of importation of the disease to Nigeria is high due to the increased air travel between Nigeria and Uganda, especially through Kenya’s Nairobi airport, a regional transport hub, and other neighbouring countries that share a direct border with Uganda.”

According to the NCDC, the ongoing outbreak of Ebola virus disease was caused by the Sudan strain of the Ebola virus in Uganda as declared on September 20, 2022.

The statement partly read, “The Uganda Virus Research Institute confirmed the virus in samples collected from a 24-year-old male who exhibited symptoms of the disease and later died as a result in Mubende District in the Central Region about 175km from the capital, Kampala. As of September 29, 2022, the Ugandan Ministry of Health has reported 54 cases (35 confirmed and 19 probable) and 25 deaths (seven confirmed and 18 probable). The Ugandan Ministry of Health with support from the WHO is working to effectively respond to and contain the spread of the virus.

“Based on available data, the overall risk of importation of the Ebola virus and the impact on the health of Nigerians has been assessed as HIGH for the following reasons:

“The Sudan Ebola Virus does not currently have an effective drug for treatment or licensed vaccine for prevention.

“The extent of the outbreak in Uganda has not yet been ascertained as investigations have shown that some persons may have died with similar symptoms which were not reported to health authorities. In addition, their burials were not conducted safely to prevent transmission.

The case fatality rate of the Sudan virus varied from 41% to 100% in past outbreaks.