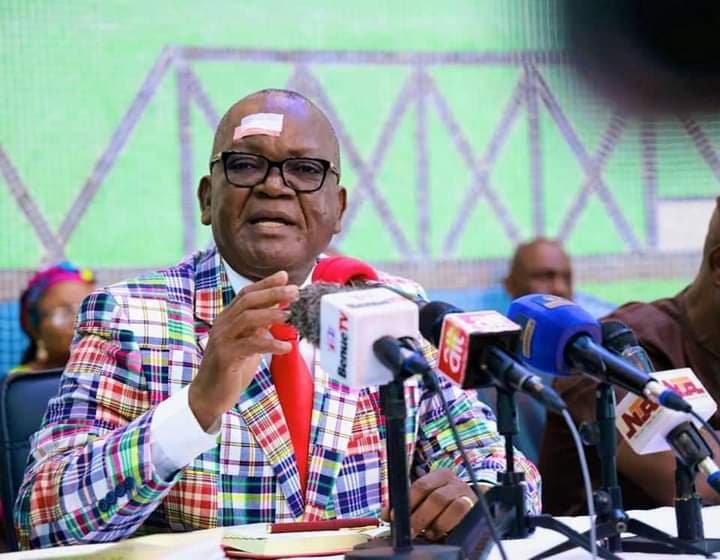 His Special Adviser on Media/Publicity, Terver Akase, disclosed this in a statement issued on Wednesday.
Our correspondent reports that the social media in the past few days had been awash with insinuations on Ortom’s health following pictures of plaster on his head.

“A number of people have asked questions about the plaster on Governor Samuel Ortom’s forehead in the last few days.
“As a Governor whose wellbeing is the concern of his people, it is appropriate that we inform Benue people at all times about his engagements, health and movements.

“Like any other human being, Governor Ortom had a boil on the right side of his forehead and had a minor surgery. The plaster was placed to prevent infection. It is nothing serious to worry about.

“We deeply appreciate all the calls and questions from the good people of Benue State. Governor Ortom is in sound health and has continued to carry out his engagements, one of which is today’s Official Commissioning of the reconstructed and upgraded Aper-Aku Lodge at the Benue Peoples House, Makurdi by the Ag. BOT Chairman, Peoples Democratic Party, PDP, Senator Adolphus Wabara,” Akase said.