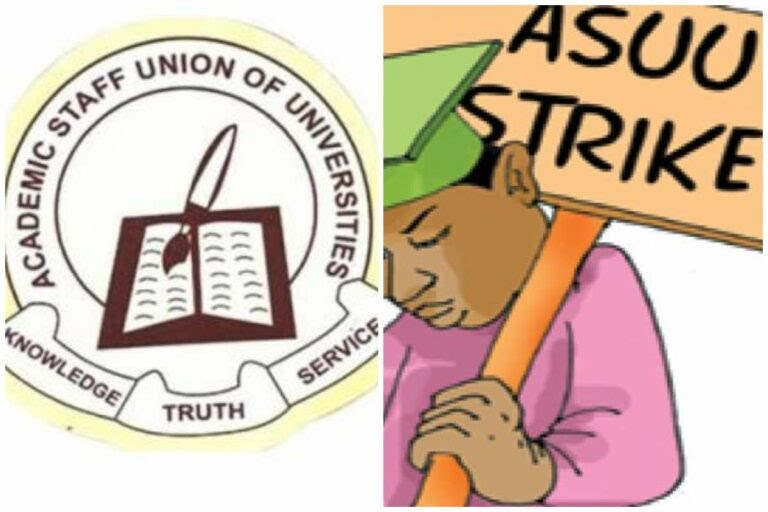 There are strong indications that the nearly year-long strike embarked upon by the Academic Staff Union of Universities (ASUU) will be over by the end of the week.

This is following the positive outcome of recent meetings between the union and the House of Representatives led by Hon Femi Gbajabiamila.
Gbajabiamila and ASUU leader, Professor Emmanuel Osodeke, gave the country a ray of hope during their last meeting with the former saying “the strike will be over in days” and the latter saying “there is light after the tunnel.”

Sources in ASUU have now revealed to NEWSUPDATES247 that if events go as planned this week, the announcement of the end the 8-month long strike will be made on or before Friday.
As President Muhammadu Buhari is expected to announce the government’s final decision based on Gbajabiamila’s recommendations later on Tuesday, ASUU’s zonal leadership is also meeting to consider merits in the Speaker’s recommendations which are believed to have forced the hands of both parties to make certain strategic concessions.

According to a timeline of activities shared with our correspondent by the sources, the union will on Wednesday hold a congress to react to President Buhari’s Tuesday speech.
The Congress will consider the President’s decision and concessions that are geared towards ending the strike.

According to the timeline,
ASUU’s highest decision making body, the National Executive Committee, NEC, will then meet on Thursday to decide on opinions harvested from the earlier meetings.
According to the sources, if the NEC meeting extends until late on Thursday, the final resolution would be announced on Friday.

“If things go according to plan, between Thursday and Friday the strike should be called off.
Both sides are ready to make concessions,” one of the sources told our correspondent.