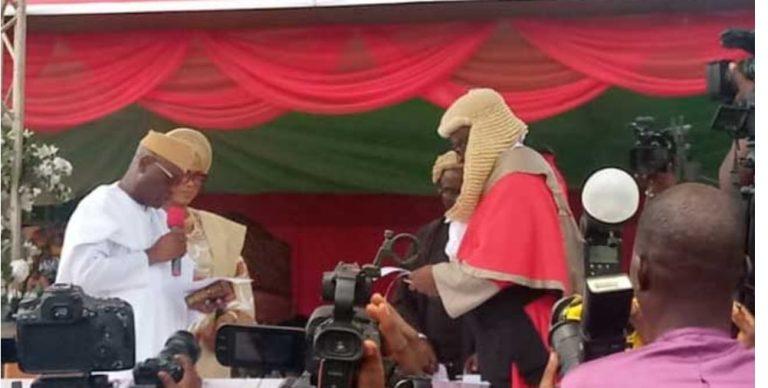 Mr Abiodun Oyebanji, has taken his oath of office as the Ekiti State Governor.

He was sworn in by the Chief Judge of Ekiti State, Hon. Justice Oyewole Adeyeye at exactly 12:53 pm amid cheers from the mammoth crowd present.

Clad in white agbada with a cream cap to match, he pledged to preserve, protect and defend as well as preserve the office as governor.
Dignitaries present include the presidential candidate of the All Progressives Congress (APC), Bola Tinubu; Ondo State Governor, Rotimi Akeredolu and his Plateau State counterpart, Simon Lalong.

Tinubu: My remarks on El-Rufai ‘slip of tongue’