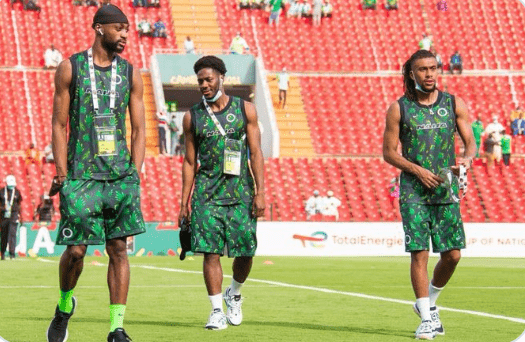 The continental championship did not end on a happy note for the Nigerian contingent, and the period afterwards has not fared much better for one of the country’s key players

Super Eagles defender Ola Aina has hinted that he has enough mental strength and self-confidence to help him navigate through his present predicament at Torino.

Aina has dropped out of favour with Torino manager Ivan Juric since his return from the 2021 Africa Cup of Nations.

The 25-year-old made 16 Serie A appearances for Torino in the first half of the campaign. One of Nigeria’s best performers in Cameroon, Aina has not been on the pitch for Torino even for a minute in 2022.

Despite the club’s struggles in recent times, Aina has still not been considered for any role either as a starter or from the bench.

Il Toro’s record since the end of January has been pale to read, with the Italian side winning none of five matches, drawing two, and losing to Cagliari, Venezia (both at home), and Udinese.

There are already rumours that Torino may look to offload Aina in the summer, with English Premier League side West Ham widely considered a viable destination.

In all these, though, Aina remains unfazed and has voiced his determination to get better.

“I’ve got too much character. We keep working and improving,” the Chelsea academy product wrote on Instagram.