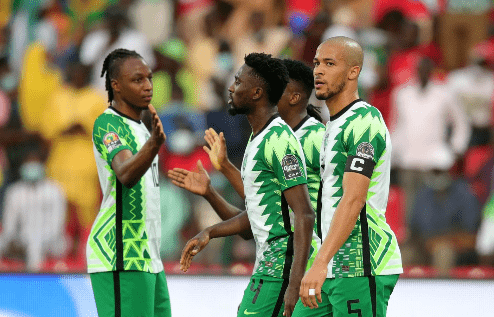 Leicester City midfielder Wilfred Ndidi insists Nigeria must be wary of Ghana when the two national teams face off for the final round of the FIFA World Cup qualifying campaign in March.

The Black Stars host the first leg at the Cape Coast Sports Stadium on March 25 before travelling to the Nigerian capital for the return leg at the Abuja National Stadium four days later.

The Ghanaians missed the last edition of the World Cup in Russia, but they had a memorable impact at the tournament in 2010, where they reached the quarterfinals. Nigeria are looking to make their seventh appearance at the Mundial.

The two former African champions prepare for this heavyweight clash on the back of disappointing campaigns at the 2021 Africa Cup of Nations in January.

The Super Eagles will arrive the more confident of the two giants, though, having won three of their four matches in Cameroon, where the Black Stars failed to win a game.

The Nigerians also boast the better team on paper. Africa’s most valuable centre-forward, Napoli’s Victor Osimhen, will likely lead the attack with the continent’s most in-demand defensive midfielder Wilfred Ndidi providing grit and guts in the centre of the park.

Unlike their eternal rivals, there are not many Ghanaians playing in Europe’s top five leagues with Arsenal Thomas Partey being the Black Stars’ most prominent footballer.

But Ndidi knows a football match is not won on papers, and he has called on his colleagues to expect a tricky encounter against an unpredictable foe.

“It will mean a lot for us to go back to the World Cup,” the Leicester City star told ESPN.

“But Ghana will not be easy. To be honest, we have to be careful about their whole team and not just any specific players. It will be two tough games.”

On Friday, the Nigeria Football Federation unveiled a 30-man list of players parading some of the country’s most notable stars, including skipper Ahmed Musa, Al Hilal’s Odion Ighalo, and first-timer Ademola Lookman.

Still, many Ghana fans believe the Eagles do not have enough quality to triumph over the Stars.