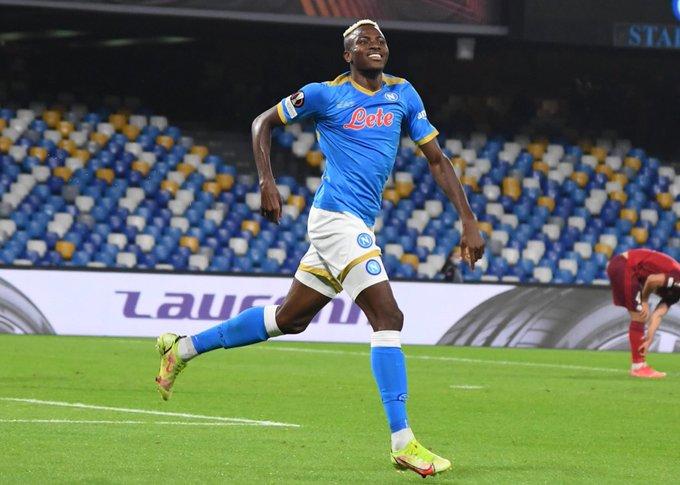 Osimhen is one of the hottest goal poachers in Europe, but the former Inter Milan star believes he could achieve more if he changes his approach.

The Super Eagles star is the most expensive signing in Napoli history, and he has justified the 75million euros Napoli paid Lille for his services two years ago.

After a tumultuous first season that saw the 23-year-old register just 30 appearances in all competitions, Osimhen has performed excellently this season. Despite being hampered by injuries, the former Wolfsburg man has still churned out eleven goals and four assists in 22 appearances.

However, Vieri, who scored 123 goals in 190 appearances for Inter Milan within six years, believes Osimhen can score more goals if he changes the direction he shoots the ball.

“He always kicks at the near post, he has to shoot at the far post instead,” Vieri told Bobo TV as per daily news24.

“Since he is a great player, I tell him that when he gets in front of the goal, he must kick diagonally, not at the near post.”

“You never kick at the near post. If he starts to kick diagonally, he will score many more goals.”

The Super Eagles star has been the major lynchpin for Napoli this season, and he would look to increase his goal tally when Napoli welcome AC Milan this weekend