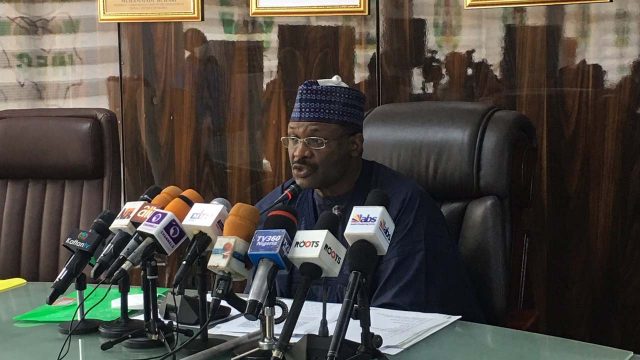 The Independent National Electoral Commission(INEC) says it is collaborating with the Policy and Legal Advocacy Centre(PLAC), a Civil Society Organisation(CSO) towards increasing women and youths participation in politics.

Prof. Sam Egwu, the INEC Niger Resident Electoral Commissioner, said this at a Roundtable on Strengthening Internal Democracy with Special Focus on Gender and Social Inclusion in Abuja.

Egwu said that the aim was to increase the number of women and youths in elective offices in the country.

He said that the collaboration would also help to increase the participation of People With Disabilities (PWDs) in the political space.

“The continued exclusion of women, youth and PWDs in politics challenges Nigeria’s claim to a democratic status of accommodation of diversity and amounts to denial of citizenship rights.

“Nigeria has only paid attention to territorially based diversities which are ethnoregional differences; even then poorly managed.

“ Many explanations like the ideology of patriarchy, culture, the resistance of parties to democratic practices, lack of economic power, low level of mobilisation of women, weak regulation, among others are responsible.

“Mechanisms are, therefore, required to address the challenge of women’s under-representation and reach a gender balance in political institutions, especially political parties,” he said.

Egwu said that statistics indicated that the 2019 general election witnessed the lowest voter turnout in Nigerian history as well as a drop in the participation of women, youth, and PWDs in an election.

“Politicians appear to have recognised the need to represent the needs of the different constituencies better in order to win the election.

“In spite of this, the situation that keeps women and youth out of participation still prevails considering the outrageous costs of obtaining nomination forms by aspirants,” he said.

He said that what was required was purposeful engagement to challenge the barriers that limited the ability of women, youths and PWDs to exercise their full rights and responsibilities on an equal basis with others.

Egwu said that political parties had to be pressured by regulatory bodies, CSOs and citizens to entrench party quotas that were guaranteed in law as a means of changing the outcome.

He charged the National Assembly to enact laws that would help boost the participation of marginalised groups in politics in Nigeria.

“So it is good to have it in a written form in the constitution so that they are guaranteed their space and protected and parties that flaut the rules are punished, that is what happens in democracies where women have improved in participation in politics,”he said.

Mr Clement Nwankwo, Executive Director, PLAC, said that the event was organised with support from the MacArthur Foundation to help to increase the participation of women, youth and PWDs in politics.

Nwankwo said that political parties were the only platforms for candidates to contest elections in Nigeria so it was therefore important that candidates presented by the parties to contest were inclusive of the population, demography and diversity.

He said that in Nigeria, women occupied only 21 out of 469 seats in the National Assembly, making Nigeria the worst performer in West Africa on the representation of women in parliaments.

He said that the roundtable was organised to proffer solutions and to advocate for political inclusion of women and other marginalised groups, ahead of the 2023 general elections.

The National Chairman of the Inter-Party Advisory Council (IPAC), Mr Yabagi Sani, said that the council was aware of the challenges being faced by PWDS, women and youths and was working to deepen democracy by increasing their representation.

“The essence of democracy is inclusion, and in doing that there is a need to key into the critical mass of the Nigerian population in particular who are the largest population of the voting community.

“This of course are the women and youths, that is why IPAC finds this meeting very important.

Sani said that IPAC was working on plans to create more space for women in the political space by increasing the participation of all marginalised groups, ahead of the 2023 elections

Dr Kole Shettima, Africa Director, MacArthur Foundation said that there was a need to analyse Nigeria’s democracy to assess the level of social inclusion.

“This is one of the important ideas, issues and strategies that we are bedecked in this country, an issue of internal democracy of our political parties especially the issues around social inclusion .

“This is because unless we really get this right to enable all-important segments of our society to be part of this process we will still be excluded in our democracy we will not be able to deliver.

“The foundation has evolved a concept called gender and social inclusion as a mechanism to bring up the voices of people who have been excluded in our democratic system,” he said