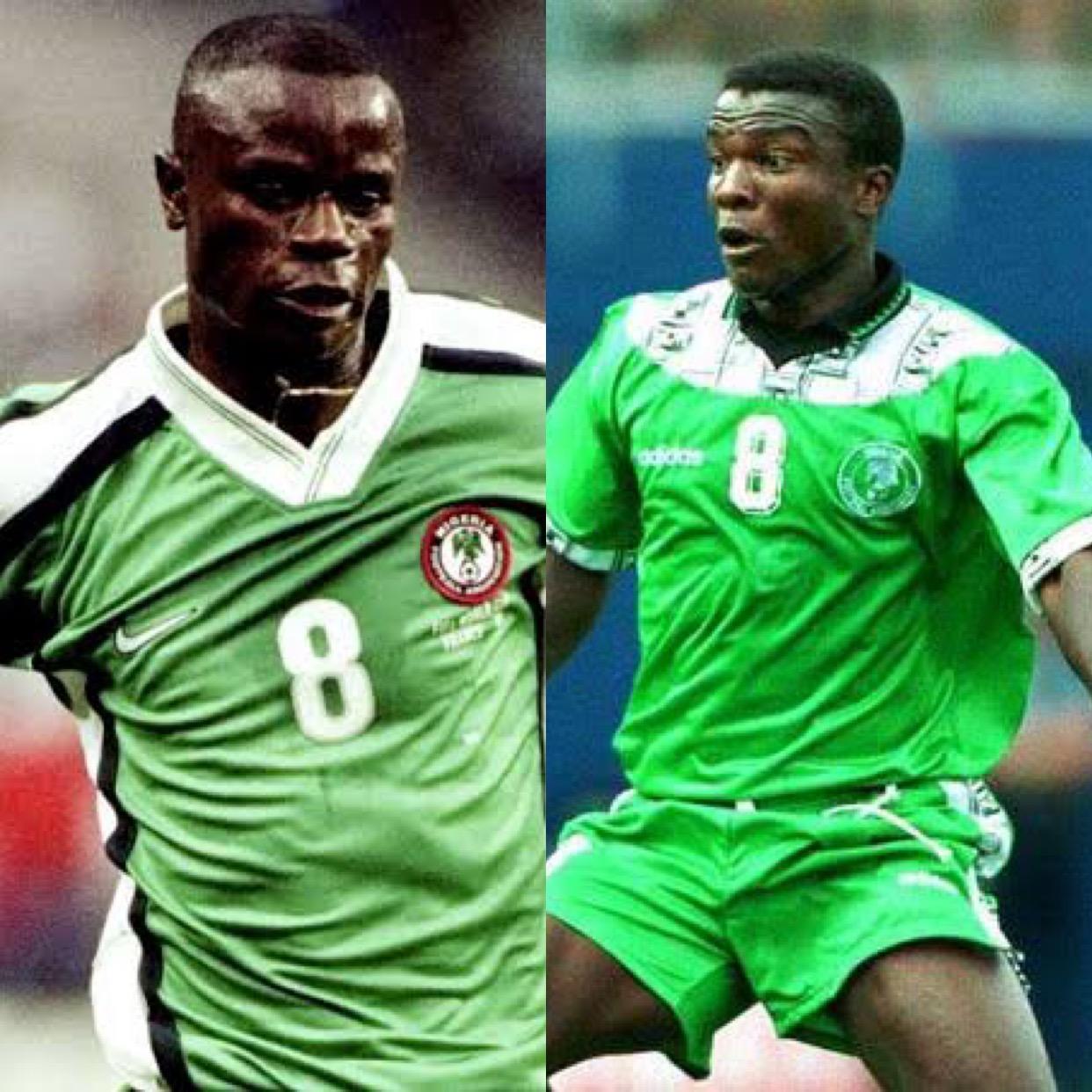 Eguavoen in a video seen on Eagles Tracker, and credited to Elegbete TV Radio said if he gets offensive midfield players like them, the Super Eagles midfield will improve.

The former Golden Eaglets coach said he’s gone round Nigeria and Europe to find these kinds of players who can move from box-to-box in the midfield but is yet to see any.

“If I can find a player like the Late Oliha or Adepoju, our system will definitely change… I have not been able to find one”

Super Eagles boss, Augustine Eguavoen speaks on the midfield situation ahead of the WCQ against Ghana.

“It’s quite unfortunate. That’s why I went round the league, here and abroad. The system I’ll like to play is to look for a player – two offensive midfield players who can draw box-to-box. We used to have late Oliha and Mutiu Adepoju. If I can find those type of two players as we speak today, our formation will change.

”You have to plan your team around what you have – your strength. That’s how we are going to plan how to prosecute the games. If I could find a player like late Oliha and Mutiu Adepoju, our system will definitely change. However, what we have right now, we’ll see how we can modify and try to see how we can prosecute these games,” he said.

The Super Eagles midfield has become one of the grey areas of the team with many fans pointing to it as the weakest link in the team at the moment. While Nigeria is blessed with many holding players, scouting has not been improved to help the team find enough creative players.