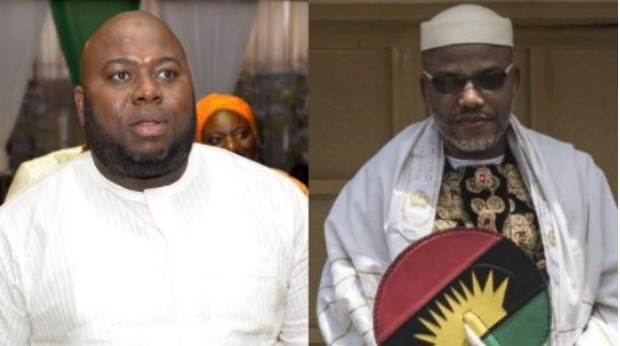 Asari Dokubo, a former militant leader, has threatened to kill Nnamdi Kanu, leader of the Indigenous People of Biafra, IPOB.

Dokubo threatened to kill Kanu inside the courtroom with his bare hands.

The former leader of the defunct Movement for the Emancipation of the Niger-Delta issued the threat while reacting to reports that some IPOB members had beaten him up.

Dismissing such claims, Dokubo said the day such happens, he will practically go to court and eliminate the IPOB leader personally.

In a video shared on his Facebook page, Dokubo described such claims as falsehood.

“You can think o, You can talk, but the day you attempt all these your lies that you are lying, I will practically go and kill Nnamdi Kanu even in the court, even with Nigerian Military and all the Nigerian security agencies around.

“I will not send anybody, I will practically go there and kill him with my own hands,” he threatened.

The Niger Delta warlord and Kanu have experienced a frosty relationship over the years.