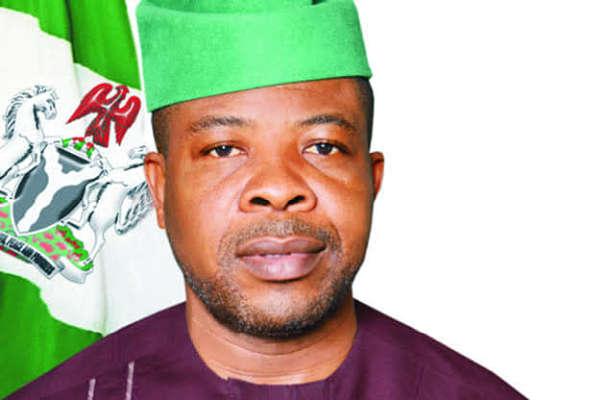 Following the outrage over comments credited to him, former Governor of Imo State, Chief Emeka Ihedioha has denied calling supporters of the Presidential candidate of Labour Party, Mr Peter Obi saboteurs, saying they are friends who share political affinity.

Ihedioha made the disclosure in a statement signed by his media aide, Chibuike Onyeukwu and made available to newsmen.
He said “It is inconceivable that he will refer to anybody who is supporting Mr. Peter Obi, Presidential Candidate of the Labour Party, his long time friend, with whom he shares close political affinity and has utmost respect for, as a saboteur”.
It read “For clarity purposes, Ihedioha neither referred to members of any other political party, especially the Labour Party as saboteurs. He only spoke in the context of the PDP and the emphasis was on the need for members of his party to remain consistent and committed”.

According to him, the remarks was made regarding issues within the Peoples Democratic Party nationally and Imo state.
The statement read “As a founding member and one of the leaders of the Peoples Democratic Party, PDP, he seized the opportunity of that visit to address PDP issues nationally but particularly in Imo State and assuage the anxiety of the members of his party who have been apprehensive of the developments within the party.
The former Deputy Speaker of the House of Representatives said he respects other peoples political leanings saying “He respects the aspirations and passion of members of other political parties, even as he remains committed to the cause of his own political party and it is not in his character to cast aspersions on those who hold contrary political opinion”.

Specifically, Ihedioha said he “decried what at best is the insouciant attitude and worse, the outright sabotage of some acclaimed party leaders who are engaging in acts that are inimical to the success of the PDP, especially in the Southeast by working in cahoots with the other parties. He was only talking about members of his own political party”.
He lampooned those he described as fifth columnists for distorting his message saying “It is unfortunate that his well-intentioned speech which addressed the specific issue of happenings within his own political party was, again, manipulated by fifth columnists to suit their mischievous scheme of bringing him on a collision with Mr. Peter Obi, whose unwavering political philosophy of “Taking Back Nigeria” from the draconian stranglehold of the failed ruling All Progressives Congress, APC, he wholeheartedly shares”.

Ihedioha was seen in a now viral video in Accra, Ghana, where he was invited to celebrate this year’s Iri Ji festival with the Mbaise community in that country.
Different Radio stations in Imo had discussed the issue even as callers made scathing remarks about the former Governor.