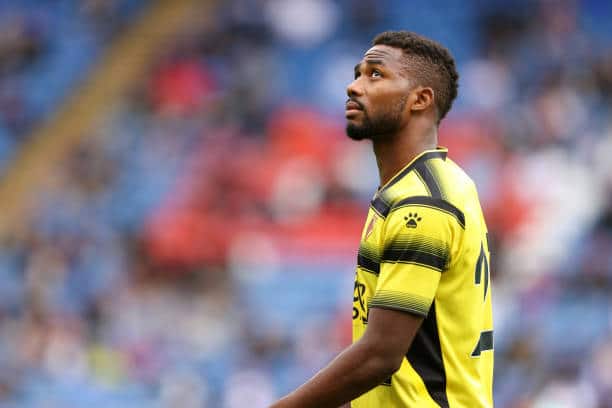 Odion Ighalo has showered encomiums on Watford striker Emmanuel Dennis for his impressive displays for the Hornets this season.

Dennis made a surprise switch to Watford from Belgian Pro League club Club Brugge last summer and has proven to be a shrewd signing for the London club.

The 24-year-old has scored nine goals and recorded five assists in his season in the English top-flight.

Dennis needs one more goal to become the fourth Watford player to score 10+ goals in a single Premier League season.

Compatriot Ighalo is part of that A-list of Watford strikers, the Al Hilal man was a spectacular performer during his time at Watford, and he has been impressed with Dennis’ displays so far.

“He just needs to keep fit and keep taking his chances and scoring goals.

“I think if the season is going to turn around, and they are going to be safe, then they have to keep Emmanuel Dennis, Sarr, and King firing. Get a couple of goals home and away; then I think the team can escape relegation.” He added.

Watford currently occupy 19th position on the table, four points away from safety.