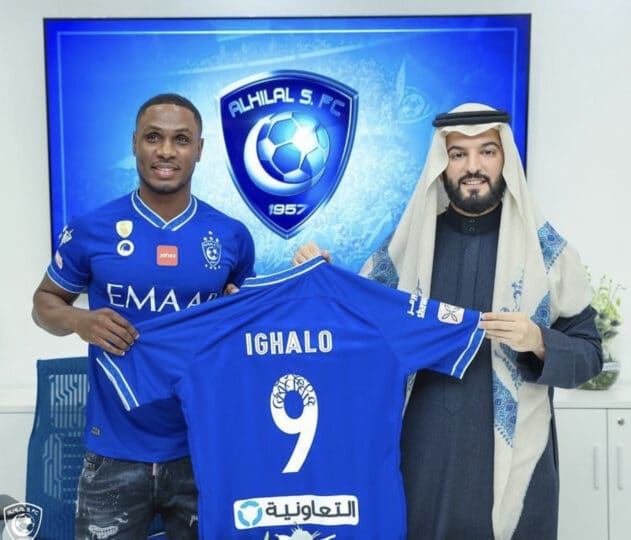 The Nigeria international, who spent a year on loan at Old Trafford from Chinese Super League side Shanghai Shenhua, has signed an 18-month contract with the Riyadh-based club after a 12-month stint at Saudi rivals Al Shabab.

Meanwhile, Ighalo is excited over his recent move to Saudi Arabia club, Al-Hilal, describing it as a new chapter in his career.

“Those that leave everything in God’s hand will eventually see God’s hand in everything…New Chapter,” the player wrote in a post on social media, hours after the team confirmed his signing.