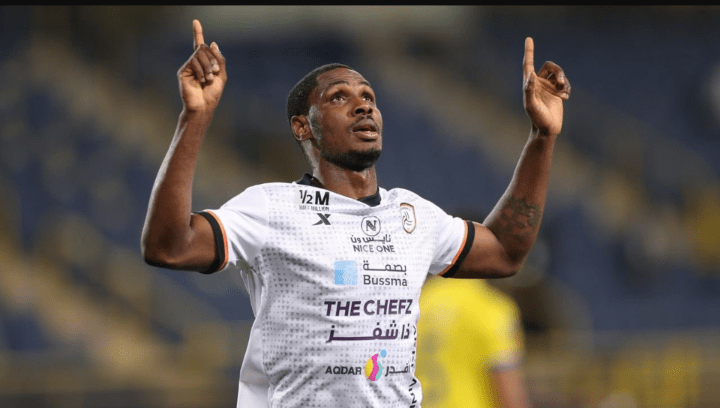 Despite playing at home, it was always going to be a difficult encounter for Ighalo and Al Hilal against an opponent that was enjoying a sensational season.

Al Ittihad had won an incredible 17 matches this term and led the table with 54 points, 14 more than defending champions Al Hilal.

The Blues have played two fewer games, though, but they knew anything short of the maximum points would snuff life out of any faint hope of retaining their crown.

And the home side set about their task early one with diligence and were rewarded with the opener courtesy of Salem Al Dawsari’s 16th minute penalty.

Al Ittihad fought back well, though, and they deservedly netted an equaliser on the hour-mark through Haroune Camara.

Ighalo, however, had the final say, with the Nigerian international restoring the Blues’ narrow lead which they protected until the final whistle.