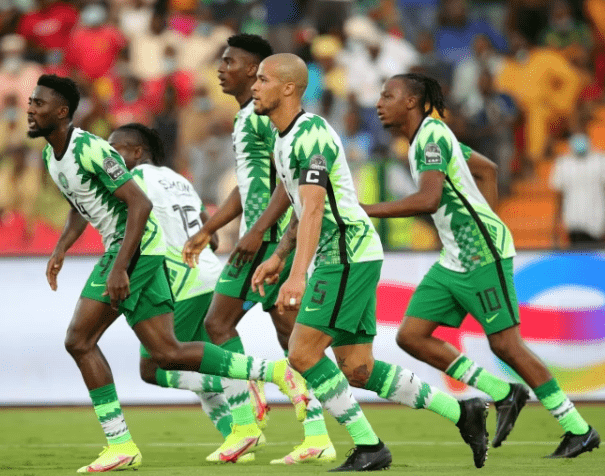 Having endured an up-and-down spell in the first half of his first season in the English Premier League, Super Eagles vice-captain is glad he was in Cameroon in January

Watford centre-back William Troost-Ekong has confessed that he rediscovered his love and passion for the beautiful game at the 33rd edition of the Africa Cup of Nations after deleting his social media accounts.

Troost-Ekong was a vital member of the Hornets squad that gained promotion to the Premier League at the end of last season, after making the switch from Serie A side Udinese.

But his first-ever campaign in the world’s most glamorous league has not gone as well as he would have loved it to, with Watford stuck in relegation troubles.

The worst period for the Golden Boys was between the last two months of 2021 when they lost six of their seven league matches.

And that was when the harshest of the criticisms from fans trailed every one of Ekong’s errors, forcing the Tottenham academy product to remove his social media accounts.

“It was a difficult time for me in November, December, and for the [Watford] team,” Troost-Ekong told the ESPN.

“Of course, it’s never nice when you are criticised and when there’s bad things said about me, but I also know that’s all part of my job and it goes up and down.

“It’s like a roller coaster a lot of the time, and the deactivation of my social media at that moment in time was more just to give me some space to refocus, and not to waste any energy.”

Despite his less-than-impressive club showings, Troost-Ekong retained the confidence of the national team handlers, and he was included in the Nigerian squad for the 2021 Afcon.

A regular in the starting eleven, the centre-back even scored in the win over Sudan as the Super Eagles claimed victory in each of their three group games in Cameroon.

And the Rio Olympics bronze medalist reveals he enjoyed those times so much he is considering never reopening his social media accounts.

“I wanted to keep my headspace clear and focused on what I was doing,” he added.

“And it also really made me enjoy the moment again. I really enjoyed playing the AFCON.

“And just being in the moment and spending the time with my teammates and focusing on the games and on the training sessions, to an extent to where now I am not sure I even want to bring my social media back again.”

Nigeria were eliminated from Cameroon 2021 at the first knockout round.

Troost-Ekong is yet to return to the first eleven at Watford since returning from the continental championship.

But the Hornets look more solid under new manager Roy Hodgson but are still four points from safety.