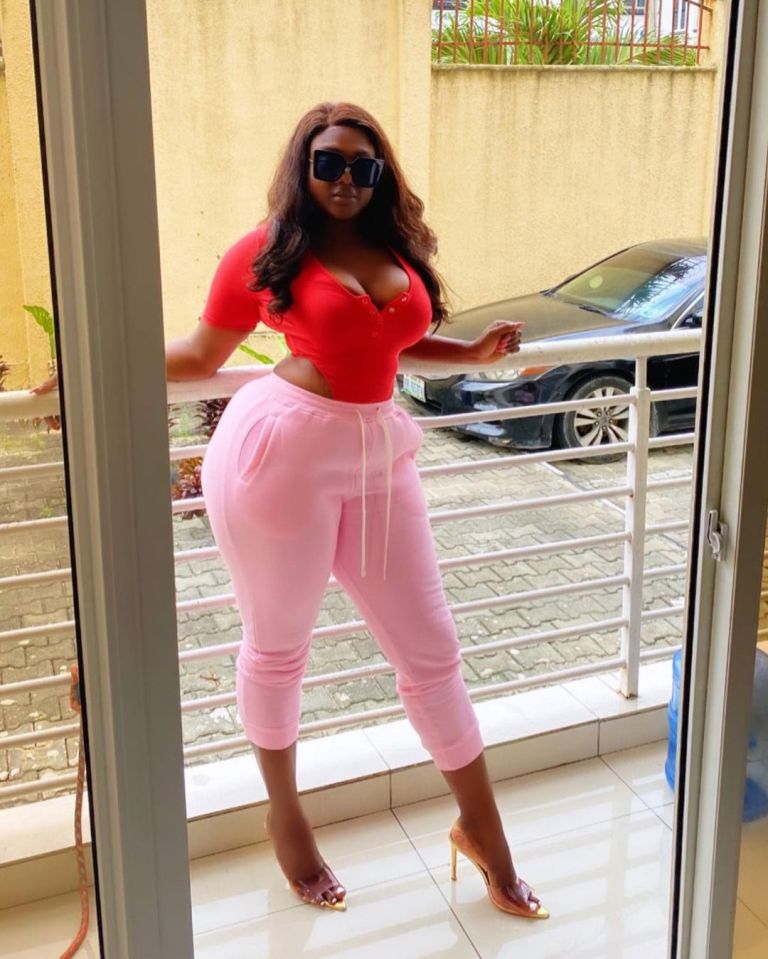 Popular Nigerian actress, Nazo Ekezie, had a few days ago raised some eyebrows when she stated on Instagram that she had no business with poor men.

Expectedly, her comment attracted diverse reactions, with many bashing her over the post, which she later deleted.

But in an interview with Sunday Scoop, the actress clarified her comment.
She said, “I am not in the right position to give anybody relationship advice. I made a post that people were supposed to learn from or laugh about. But, people are now turned it to mean that I was asking men for money.”

The busty actress also noted that she was not looking for a man she could build and invest in. She said, “What I care mostly about is self-care. Women really need to know how to take care of themselves. I don’t come from a man’s world; I come from a woman’s world. I like talking to women because I am a woman as well. I don’t understand how I made a ‘happy’ post, and people turned it to a ‘bad’ post. Since then, I have got a lot of ‘nonsense’ messages, especially from poor men.

If you are a poor man, I don’t have any business with you. I am not looking for a man I am going to build. I don’t have the energy for that. I will rather build myself. Whenever I write anything motivational, I am talking about myself.”