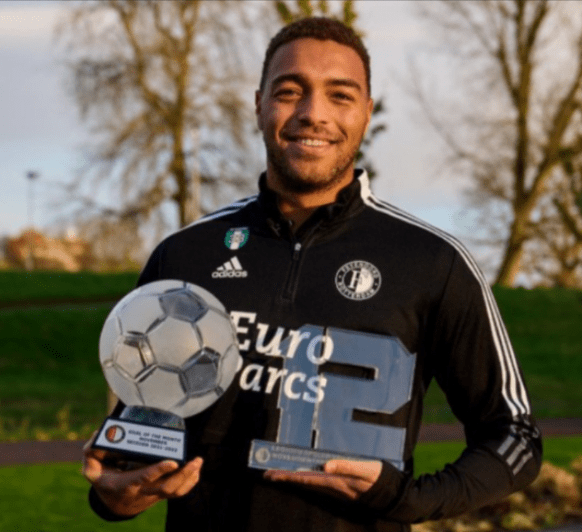 Nigerian international Cyriel Dessers has expressed his pleasure at helping Feyenoord avoid a home defeat in their 1-1 draw against Groningen.

The visitors took the lead at the Stadion Feijenoord in Rotterdam after just 23 minutes through Michael de Leeuw.

But Dessers came off the bench for leading striker Bryan Linssen in the 59th minute and grabbed the equaliser 15 minutes later. The Nigerian international nearly scored a late winner, but he was denied by the post.

Still, Dessers’ goal sent him into the record books as just the first player, since József Kiprich in 1992/93, to score five goals for Feyenoord as a sub in a single Eredivisie season.

Desssers, though, was just pleased to have helped his side avoid a disappointing home loss.

“I did my thing,” Dessers said, as per Voetbalprimeur.

“The difference between a big smile and a sour face is sometimes very small.”

Dessers, who is on loan from Genk, is presently on 11 goals and three assists in only 28 appearances this term.

He has been named in the starting eleven only three times, though, with head coach Arne Slot keeping faith with top man Bryan Linssen.

Linssen is, however, going through a rough patch at the moment, with the Dutch striker firing blanks in his last seven games.

And Dessers, who missed Feyenoord’s last two matches due to injury, is optimistic that his chance to get a run in the starting lineup could be near.

“Is it time for a starting place? I’ve been close a few times,” Dessers continued.

“After Prague, after that week when I scored the winner three times and after Twente. It’s now back towards fifty-fifty. And I think the trainer feels that way too.

“So I’m curious what will happen next week. I will have to play well, score goals and get fitter after my injury.”

Next for Dessers and Feyenoord is a UEFA Europa Conference League knockout round clash with Serbian giants Partizan at the Stadion Partizana in Beograd on Thursday, March 10.