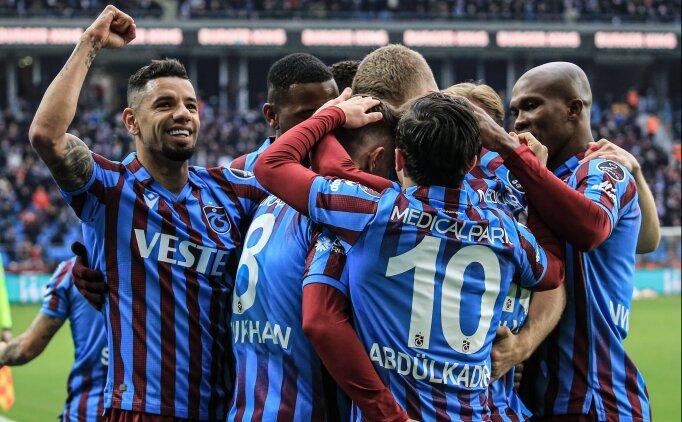 Trabzonspor is planning to celebrate its league triumph in a grand way. The current arrangement according to Sporx will see it go round every province in Turkey and Europe’s major centres.

The club also seeks the approval of the Turkish Football Federation to host its last league game at the 75,000-seater Istanbul Olympic Stadium, the home ground of Istanbul Basaksehir.

Trabzonspor will also hold special events for its remaining matches once its league victory has been mathematically guaranteed.

The club wants to host its last game of the season at the 75,000-seater in order to prevent stampedes from its jubilant fans.

If the club’s request is approved, it is expected to boost Basaksehir as a club with various activities already lined up by the club.

Nwakaeme’s strong form has helped the Black Sea Storm to 66 points in 27 games and are runaway league leaders with eleven games to go.

The Nigerian attacker has scored 9 goals and assisted his teammates 9 times this season, including five goals in his last three league games.

Nwakaeme was not featured on Monday as the league leaders defeated Nuri Sahin’s Antalyaspor to qualify for the semifinal of Turkish Cup.