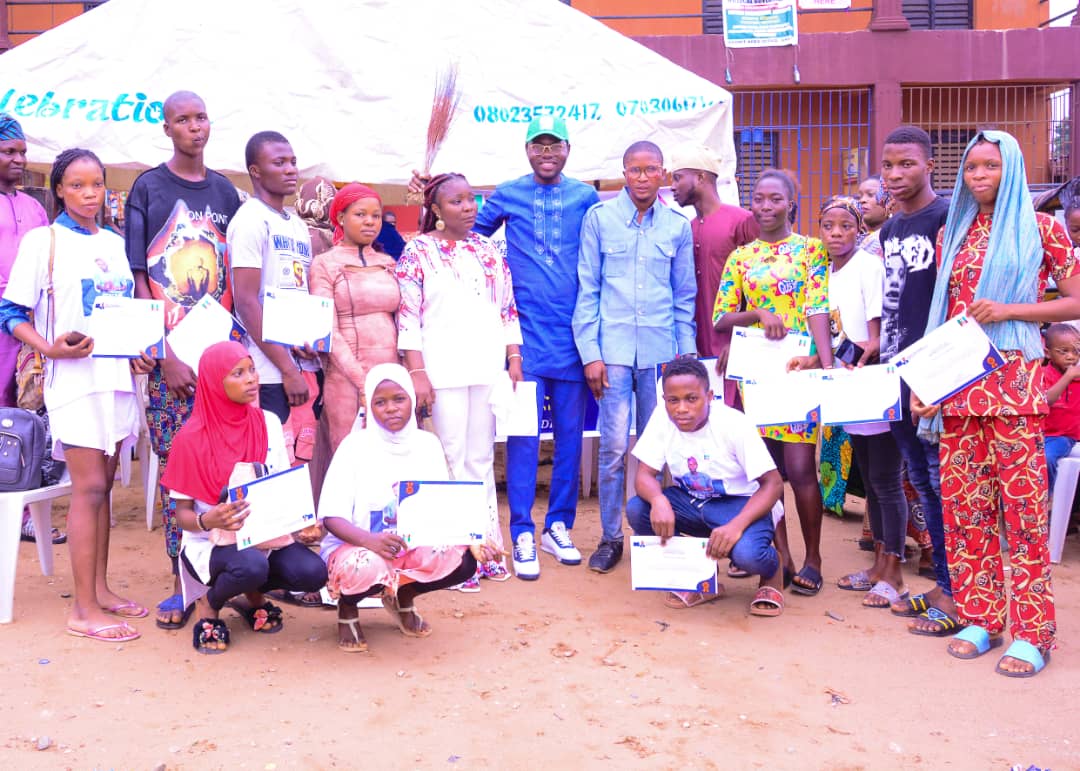 If the poor cannot go to education, education must go to them. This quote by Swami Vivekananda summarizes the event of Friday 11th March 2022 where Hon Matthew Adeyinka Taiwo popularly called MATA gave out free jamb forms to indigent residents of the Ifo community who are aspiring to gain admission into the tertiary institution. The event, tagged EDUCATION FOR THE FUTURE is an intentional empowerment program aimed at engendering access to higher education amongst the low socio-economic stratum in the society.

In his welcome address, renowned as an educationist, Hon Matthew Adeyinka remarked that improving the access to education amongst the poor has been his vision growing up. He noted that he has demonstrated this for several years starting with coordinating, tutoring, and mentoring young people in the Agbado community, Ogun state as well as providing assistance and support services accessing tertiary institutions. He said VISA as the aegis was named had assisted not fewer than 300 hundred young people into different universities, polytechnics, and colleges across the country, some of whom are now graduates and doing great in their chosen career.

He pointed that as a professional in tourism and travels, he has equally given special attention to education, especially in areas of facilitating scholarship, research grants, and international conferences for aggressive, emerging, but not too privileged scholars. Insisting that education is the best legacy in any serious society, MATA as popularly called said the free jamb forms show an insight into his vision for education for the people of Ifo Ogun state especially those in his immediate constituency comprising of Agbado, Isheri, Ojodu, Shunre, Akute, and Ososun, therefore, urging beneficiaries to maximize the benefits by ensuring that the preparations for the forthcoming examination are given their best. Continuing, he declared that scholarship will be awarded to the candidate with the overall highest score among the beneficiaries adding that effort are in top gear to ensure that tutorial classes are also in place.

The well-attended event was witnessed by family, friends, community elders, leaders of his party, the All progressive congress APC, his mammoth political adherents and party loyalists. Not too long ago, Hon Mattew Adeyinka Taiwo, a young and successful businessman declared his intention to contest the seat in the Ogun state House of Assembly to represent Ifo constituency II. Undoubtedly, his declaration continue to enjoy popular acceptability in the entire Ifo local government.