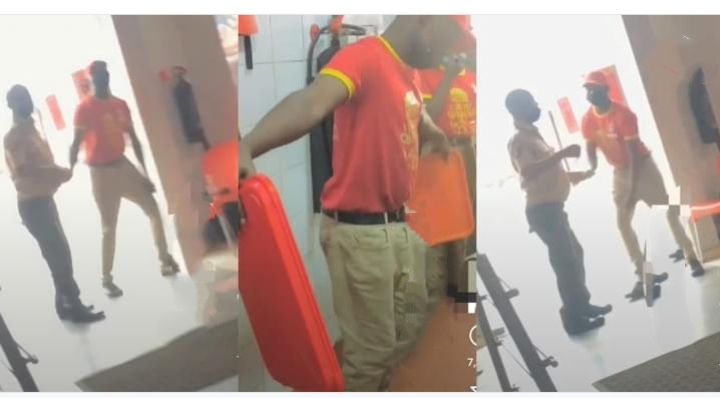 More attendants and security guards at Chicken Republic fast food, have been spotted dancing on duty.

This is following the sack of two of their colleagues, Happie boys, who went viral after they were seen in a video dancing on duty, however things took a different turn for them and grace located them. 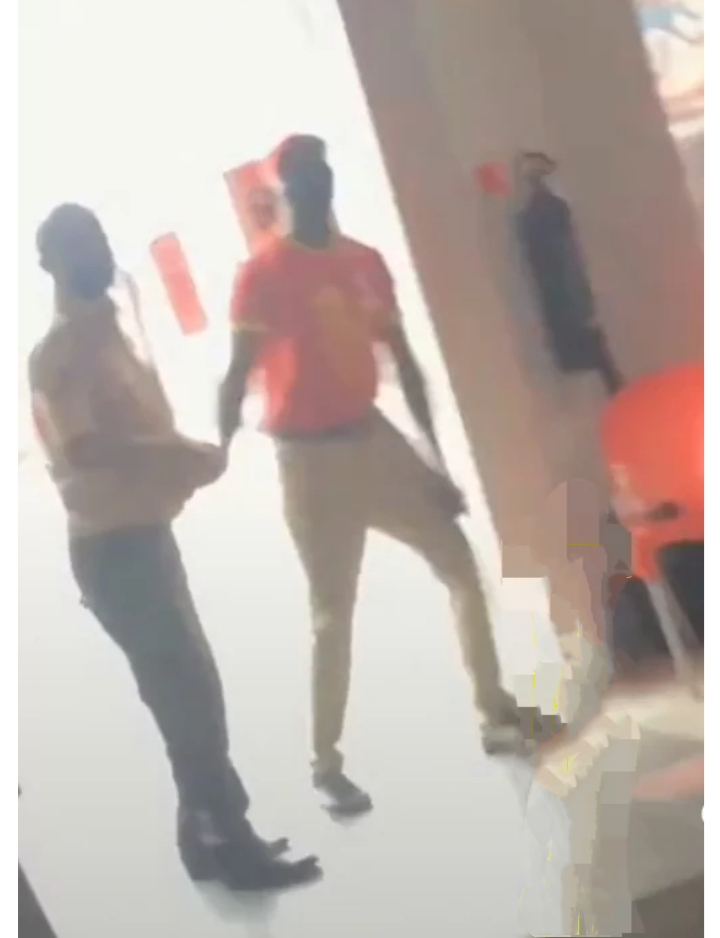 Help came from all corners and the duo had become internet sensations and are soon set to jet out of the country to begin their studies abroad.

In a bid to become famous like their sacked colleagues and hopefully locate their destiny helpers, more staffs working at the popular fast food have been captured displaying their dancing skills.

They have followed in the footsteps of their famous colleagues, Happie boys, hoping to get the same outcome.

Reacting to the video, some social media users doubted that they would be as lucky as their famous colleagues, stating that grace differs. 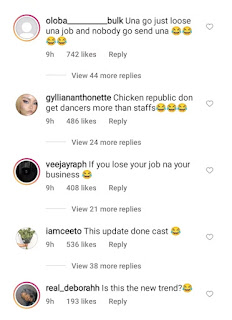 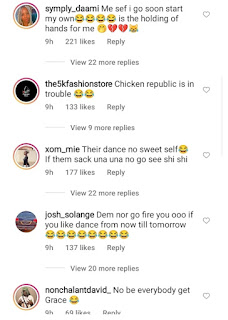