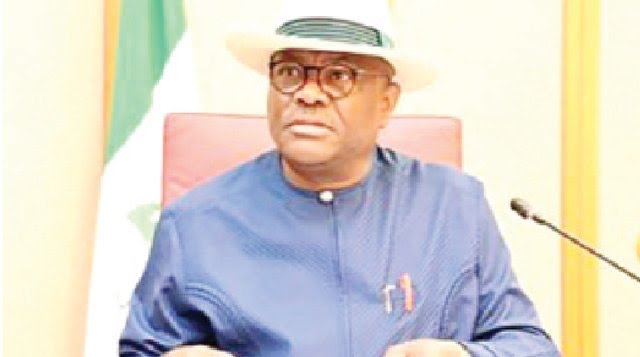 Rivers Governor Nyesom Wike has banned prostitution and nightclub activities in the state.

Citing the moral impediment that they posed to children, Mr Wike in a new year broadcast said the ban had become necessary to stop further moral damage on the children.

“The state government has placed an immediate ban on all nightclub activities, including night-time trading and street prostitution along Abacha road and surrounding streets particularly the casablanca area to stop the harmful effects of this depraved activities on the moral development of the children and society at large,” the governor said.

He emphasised that it would be irresponsible of the government to turn a blind eye to all the immoral atrocities committed by some persons in the state.

“Apart from the noise and traffic nuisances suffered by innocent residents, no responsible government should continue to tolerate the open display and solicitation of sexual services, drug abuse and public intoxication that takes place along the streets and public areas abutting some of these nightclubs, lounges and bars by the youths, some, as young as under 14 years,” the governor said.

Mr Wike also issued warnings to monarchs who do not attend state functions.

“Should they, therefore, continue to absent themselves from state functions or regular meetings and activities of the state traditional rulers council, we would have no option than to direct their immediate replacement,” warned Mr Wike.