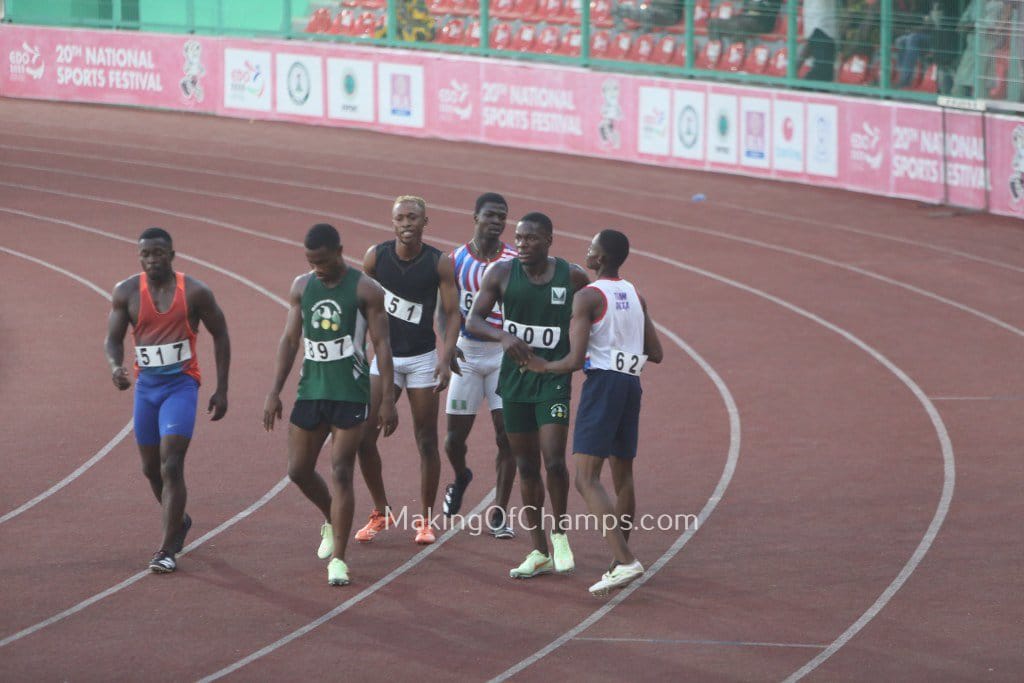 BENIN CITY – The tartan tracks at the remodeled Samuel Ogbemudia Stadium were put to use at the weekend when the Athletics Federation of Nigeria All Comers athletics meet held
in Benin City . This is coming a year after the National Sports Festival held in Benin.

It was the first major track competition in Nigeria this season aimed at talents discovery which lasted between Saturday and Sunday in Benin.

Godbless marginally surpassed her 100m Personal Best of 11.48s which she ran last year in Lagos.

Admonishing the athletes at the closing ceremony of the event, the President, Athletic Federation of Nigeria, Tonobok Okowa advised the athletes to fulfil their anti-doping requirements

“You have to fulfil your Out of Competition Testing obligations, we don’t want a repeat of what happened at the Olympics where Nigerian athletes protested in the streets of Tokyo. It was a big disgrace to the country.” Okowa said.

He however encouraged them to continue doing well in their chosen career as bigger opportunities will one day presents themselves.

“We have so many athletes doing so well in the US, I pray that you will find your way too, gain scholarships to be where there are better training conditions and facilities than we have here.” Okowa emphasized.

Also speaking at the occasion, the Permanent Secretary, Edo State Sports Commission, Mrs Sabina Amiemenoghena Chikere said she was pleased with the performance of the athletes and the choice of Benin by AFN hosting the event.

She was enthusiastic that more big events would come to Edo.” This is the beginning of more to come in the state, being the core objective of the newly inaugurated Sports Commission board.

“I’m happy that the event held in Benin. That is one of our objectives here, to make Edo the sports hub, return sports activities to its prime place in Edo State. We want to get our youths fully involved in sports to keep them out of crime”.

“There would be more competitions coming to Edo State and to be hosted by Edo State. The sports Commission board has been inaugurated and we have been tasked to be up and doing.”