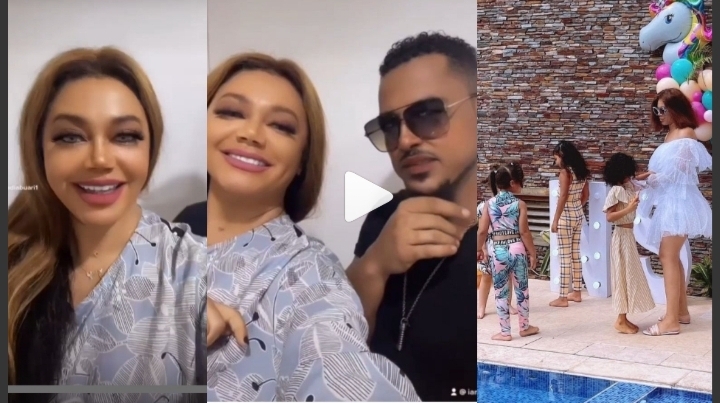 Ghollywood movie star, Nadia Buari has taken to social media to reveal the father of her four kids.

The popular actress took to her Instagram post, to claim that her colleague, Van Vicker is the father of her beautiful daughters. 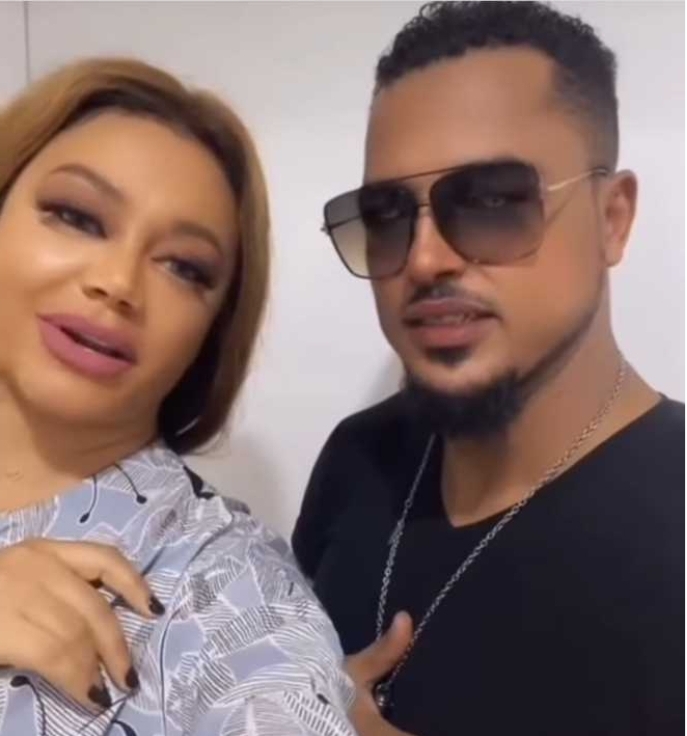 According to her, alot of people have been wanting to know whom the father of her kids is and she has decided to answer them.

In the video which she shared online, Nadia was spotted with Van Vicker as she unveiled him as the father of her kids. “So a lot of you have been asking me to reveal the identity of the father of my kids. Today I have a surprise for you.
Yes you guessed right. I want to reveal to you the man who gave me four adorable queens”.

Reacting to her words, Van Vicker whom she asked to say something, didn’t acknowledge or deny the claims, but hilariously introduced himself.

However, Netizens seem to think that they are both just catching cruise as Van already has a family and can’t be the father of Nadia’s kids.