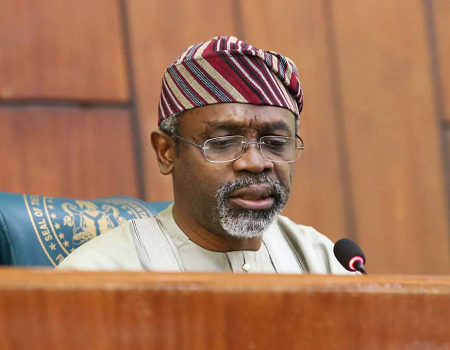 Hon. Gbajabiamila who gave the assurance in Abuja while addressing Sarkin Kudu of Birnin Kudu, Jigawa State, Garba Hassan Jibrin, noted that education ranked topmost on the Legislative Agenda of the 9th House of Representatives because it remained the foundation of development in any society.

He said: “We believe in education as the foundation of civilisation and development and that’s why many members try as much as possible to get tertiary institutions to their locality.

“Education remains our priority and we will do everything we need to do to bring this to fruition.”

Earlier in his remarks, the Sarkin Kudu informed the Speaker that the delegation was on an appreciation visit for the roles played by the Speaker in the successful passage into law, the establishment of a Federal College of Education in Birnin Kudu, Jigawa State.

He said the roles played by the Speaker did not go unnoticed to the entire sons and daughters of the town.

The speaker, however, noted that appreciation should go to the member, Hon. Aliyu Magaji Dau, who sponsored the establishment bill for the efforts he put into it and other members of the House for their support for the eventual signing of the bill into law by President Muhammadu Buhari.