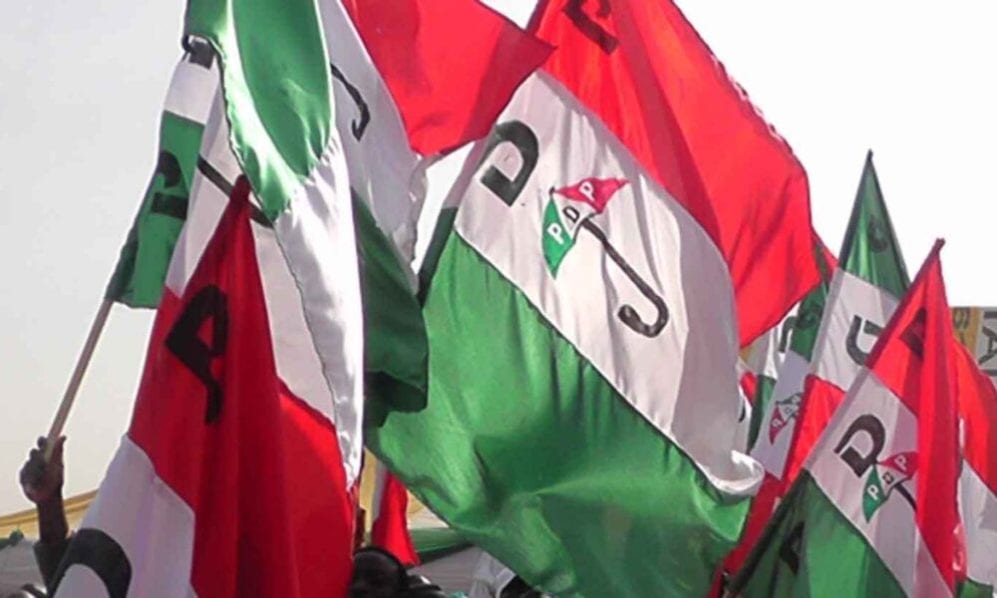 Barely 48 hours to the kickoff of the 2023 election campaigns, a fresh crisis has hit the Peoples Democratic Party (PDP) over how the bulk of the over N10 billion realised by the party from nomination fees paid by aspirants have been spent.

The National Working Committee (NWC) has been put to task over the nomination fees, it was learnt yesterday.
Some NWC members have raised concerns about the depletion of the cash from over N10billion to N1billion.

It was learnt that some forces were trying to offer each NWC member N28millon to gloss over the huge cash in order not to cause any fresh crisis in the party.
Sources said the N28million offer was purportedly rejected by NWC members, who were said to have insisted on proper accountability.

There were indications yesterday that the aggrieved camp of Rivers State Governor Nyesom Wike was pushing for accountability to increase the pressure on the National Chairman of the party, Dr. Iyorchia Ayu, to resign.
Also, worried by threats from Wike’s supporters, the PDP vice presidential candidate, Delta State Governor Ifeanyi Okowa, at the weekend rushed to a former President of the Senate, Dr. Bukola Saraki, to intervene to douse the tension.

Okowa was said to be disturbed by the plot by Wike’s camp to boycott the activities of PDP’s Presidential Campaign Council (PCC).
PDP had fixed its presidential nomination form and expression of interest forms for N40 million, governorship N21 million, Senate N3.5 million, House of Representatives N2.5 million and House of Assembly N600, 000.
Investigation revealed that in the past few weeks, NWC members had been agitating for the wherabouts of the cash.

According to sources, some NWC members have been threatening to stay away from their statutory meeting and campaign.
The affected NWC members were also caught unawares that former Vice President Atiku Abubakar allegedly made N1billion available to the party before the presidential primaries.
A top source, who spoke in confidence, said: “Ahead of our campaign, all is still not well in the party because some NWC members have raised issues over what had become of the N10 billion nomination fees.

“They are demanding immediate accountability from the party. I think their anger followed a leakage that the amount collected has reduced from about N10billion to N1billion.
“Governor Wike’s disclosure of a N1billion gift to the party before the PDP Presidential primaries has compounded the challenge in the party because some NWC members and stakeholders were just hearing for the first time.

“The anger is mounting and Wike’s camp is already capitalizing on the situation to push for accountability and plot Ayu’s exit.
“I can tell you that the party is in a tinderbox. Some forces wanted to use accountability as an excuse to cause confusion. We know that Ayu has repeatedly assured party leaders of being accountable and transparent.”

It was learnt that some of those trying to pacify the NWC members have offered N28million to each one of them from the remaining N1billion.
But the source added:” These NWC members have been adamant on accountability. They are demanding the whereabouts of the huge cash.”
Okowa has met with Saraki on how he can broker peace in the party.

READ MORE   All Peter Obi's achievement as a governor

Another source said Okowa was concerned about threats by Wike’s camp to boycott the presidential campaign of the party.
The source said: “Okowa came to ask Saraki to intervene so that PDP will not go into the campaign as a divided family.
“He believes Saraki and other leaders can salvage the situation by appeasing Wike.”

An aide to Saraki said:” I knew Okowa was around to see Dr. Saraki, but I wasn’t privy to what they discussed.”
In a tweet on Sunday, Saraki was also not forthcoming on the session with Okowa.
He said: “Yesterday (Saturday), I received the vice presidential candidate of our party, Gov. Ifeanyi Okowa, in my house.
“We had a useful discussion about the state of our party, the PDP and country.”
On Saturday night, Saraki also narrated his encounters with some people on the situation in the PDP.

He said: “As I moved round the country in the past few days, I got the feeling that many people are concerned over my seeming silence on recent developments in our party, the PDP.
“My response is that there are times to speak and be heard and there are times when working silently behind the scene is more productive. This is such a time. PDP and Atiku Abubakar remain the best option for Nigerians in the 2023 polls.”