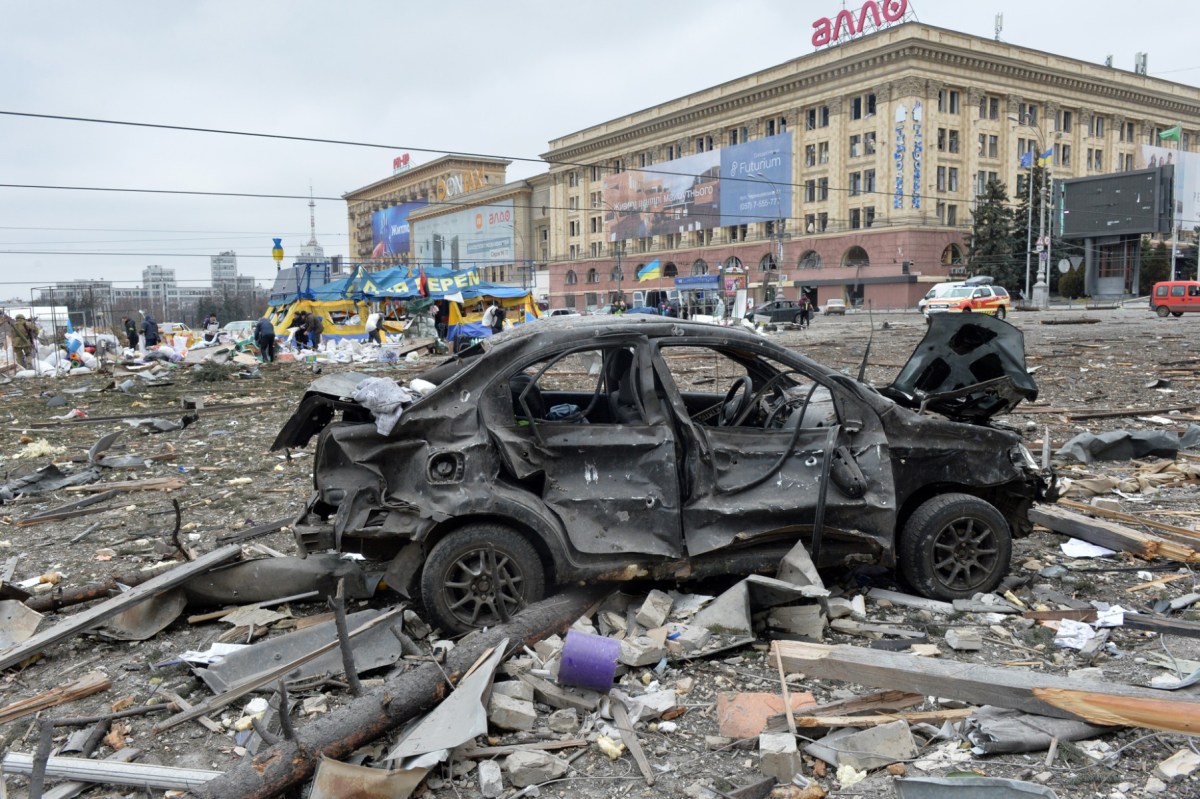 After a blast sounded around the city and smoke was seen rising in the Babi Yar district, the emergencies service said five people were also injured in the attack.

Ukrainian officials released footage of charred bodies and cars damaged by the strike, which came during a surge of Russian attacks on Ukraine’s second city of Kharkiv.

“To the world: what is the point of saying ‘never again’ for 80 years, if the world stays silent when a bomb drops on the same site of Babi Yar,” Ukrainian leader Volodymyr Zelensky asked in a tweet.

“Once again, these barbarians are murdering the victims of Holocaust!”

The tower is based near the Babi Yar ravine where more than 30,000 Jews were slaughtered by the Nazis during World War II.

The tragedy is commemorated by a memorial statue and is a site of pilgrimage for many Jews.

Kyiv mayor Vitali Klitschko said the attack damaged the tower’s transformer substation, which provides it with electricity, as well as some of its hardware.

The interior ministry said that back-up systems would be put into operation to restore programming.

Most Ukrainian channels appeared to be functioning normally about an hour after the strike.

Earlier, the Russian defence ministry spokesman had said that Moscow’s forces would hit technological infrastructure in Kyiv “to suppress information attacks on Russia”.

But the targets he cited — the SBU security service and the army psychological operations unit — did not include the civilian-run television tower in the capital.

Rita Agu: United Nations Did Well to Take a Stand Against Russia