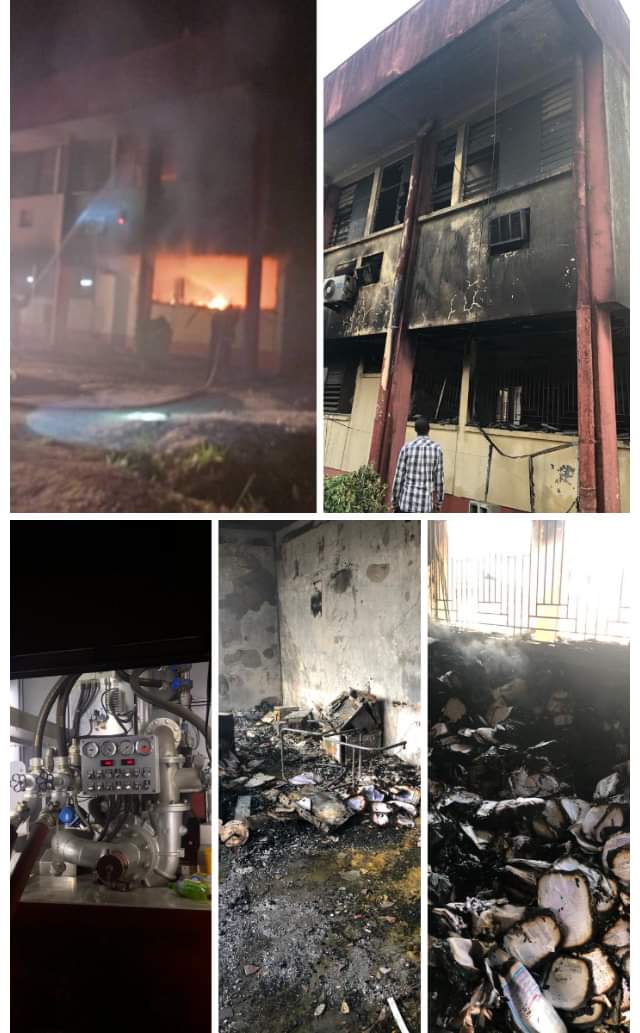 A late night fire outbreak has gutted principal offices of the Mathematics Department in the University of Calabar destroying properties whose financial value is yet to be ascertained.

The fire incident which cause is yet to be ascertained as at press time is said to have began at about 10.58pm on Saturday night and persisted till the wee hours of Sunday affecting mainly the office of the Head of Department, the Record Room adjoining the (HOD’s office) and the office of the Exams officer.

The raging fire would have spread with ease to other offices and Departments in the Faculty of Physical Sciences but for the intervention of gallant personnel of the Federal Fire Service and the Airport Police Station who responded to the swift distress call of the Chief Security officer of the institution.

The Head of Department of Mathematics, Dr Jonathan Ezeora who was spotted at the scene of the incident alongside the Exams Officer, as well as, the Institution’s Director of Works, Engr Alaga Joseph were all stunned at the level of damage done by the inferno.