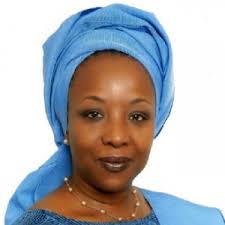 The Minister of State for Environment, Sharon Ikeazor, has said the President, Major General Muhammed Buhari (retd.), has approved the establishment of 10 new national parks.

Ikeazor said this on Thursday at the launch of a wildlife conservation campaign by WildAid in Lagos.

The campaign, tagged ‘Keep them wild, keep us safe,’ is aimed at reducing the demand for illegal bushmeat, supporting enforcement activities to tackle illegal wildlife trade and raising awareness of wildlife conservation.

WildAid is a non-profit wildlife conservation organisation that is dedicated to protecting wildlife from illegal trade and other imminent threats.

The minister said due to the threat faced by wildlife species such as pangolins, lions, elephants and manatees, Buhari had approved the creation of the national parks from the existing forest reserves in the country.

She called for urgent proactive actions to reverse the trend of overexploitation of these natural resources, saying, “Poaching, possessing, taking, trading and consumption of these animals have put Nigeria on the spotlight of wildlife crime.”

Ikeazor commended the collaborative effort of WildAid in tackling illegal wildlife trade in Nigeria, saying efforts such as theirs would help curb the menace.

Noting that Nigeria had been tagged a transit hub for illegal wildlife activities, she said, “We are all culprits of bushmeat consumption as it is a phenomenon in both rural and urban communities, posing environmental risks and extinction of threatened species.

“In-country and trans-border trafficking is quite alarming, and Nigeria has been tagged a ‘transit hub’ for this illegality. The phenomenon also constitutes high security risk, public health risk with the spread of zoonotic diseases such as Lassa fever, Ebola virus, and recently COVID-19.”

According to the Founder and President of WildAid, Peter Knights, there are less than 50 lions, 100 gorillas, 500 elephants and 2,300 chimpanzees left in the wild in Nigeria, with no surviving cheetahs, rhinoceros, or giraffes.

He, however, said the country could “turn things around for wildlife and become a regional leader in wildlife protection, which can boost the economy through tourism and safeguard the Nigerian public from zoonotic diseases.”

He said WildAid aimed to engage the youths and middle class in the campaign to save Nigeria’s wildlife.