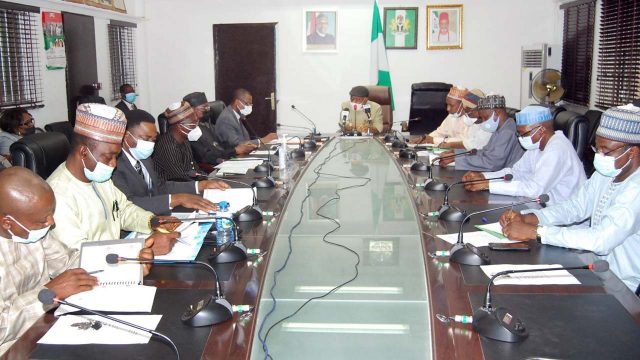 The national president of the Academic Staff Union of Universities(ASUU), Prof. Emmanuel Osodeke, has said the union will have a meeting with the Federal Government to address its ongoing strike action, today.

The PUNCH had reported that since the end of the renegotiation meeting led by Prof. Nimi Briggs, the government had not made effort to discuss their decision with the union’s executives.
Likewise, after the submission of the ASUU report by the Briggs committee, the president gave the Minister of Education, Mallam Adamu Adamu a two-week ultimatum to address the demands of ASUU.
However, the two weeks elapsed three weeks ago, yet, nothing was done to forestall an extension of the strike by one month strike, which started on August 1, 2022.

As such, Osodeke who appeared on Channels Television’s Politics Today programme, monitored by The PUNCH on Monday, said the union was willing to call off the strike if the Federal Government agreed to its demands at today’s meeting.
He said, “If we go into that meeting tomorrow and the government says, what you have bargained for, we are willing to sign, the strike will be called off.”
In an earlier interview, Osodeke condemned the fraudulent activities which the government used the university unions rejected Integrated Payroll and Personnel information system to commit.

He said, ‘’We have been shouting all along that IPPIS is a fraud, we have told them that for 16 years they siphoned our money with IPPIS, they punished our members because of it. Now, they know, some foreign bodies forced it on the people.’’

ASUU On Strike Because Of PDP – Minister