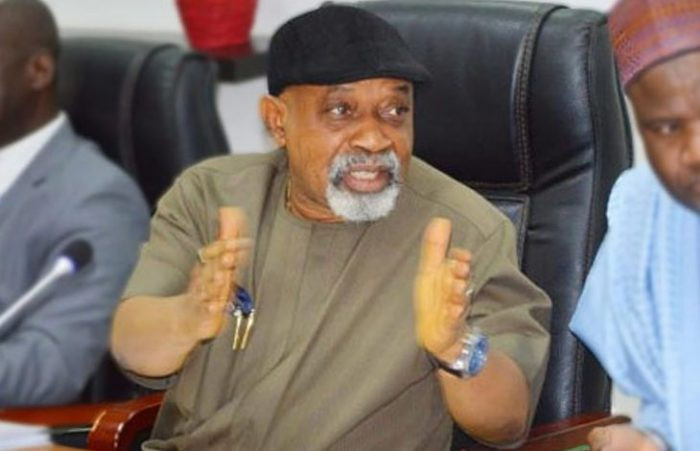 The Minister of Labour and Employment, Senator Chris Ngige, Monday, said the Federal Government did not take the Academic Staff Union of Universities, ASUU, to court over the prolonged strike of the union, as some people claimed.

The Minister also regretted that the ASUU leadership does not even understand the import of the Collective Bargain Agreement, CBA negotiation alleging that they lack the nutrients of labour unionism
Senator Ngige in a statement by Olajide Oshundun, Head of Press and Public Relations, Federal Ministry of Labour and Employment, said he would have failed in his duties if he didn’t refer the matter to the National Industrial Court of Nigeria (NICN) after seven months of protracted discussions and negotiations with the union, which failed.

The Minister spoke in Abuja, at the public presentation of the NLC at 40 publication, titled, “Contemporary History of Working Class Struggles.”
He recalled that ASUU was at the stage of CBA negotiation with their employers, the Federal Ministry of Education when they embarked on strike.

He said: “We have to counsel our brothers on negotiation. No negotiation is forced. You cannot say it is either you give me 200 per cent or I will continue my strike. There are laws guiding strikes. There are ILO principles on the right to strike. Nobody can take it away.
“But, there are things that follow it when you embark on strike as a worker and they are enshrined in the laws of our land. It is written in Trade Dispute Act. The ILO principles of strike talks about the right of a worker to withdraw services. There is also the right to picket. These are things that are done.

“Nigeria is respected in ILO. Some people said Federal Government took ASUU to court. No. I referred the matter after seven months of protracted discussions and negotiations that failed.”
Ngige recalled that he conciliated the dispute twice, first on February 22, one week after the commencement of the strike and some agreements were reached, and he brought everybody back on March 1 for another conciliation.
According to him, the only thing left was going back to the Federal Ministry of Education for the renegotiation of the 2013 agreement.

“Some people are saying 2009 agreement. The 2009 agreement has been renegotiated in 2013/2014 with the administration of former President Goodluck Jonathan. It is an anathema to use 2009 agreement.
“What is left is the renegotiation of their conditions of service, which is their right. It should be done but they are negotiating it under the principle of offer and acceptance and it broke down irretrievably there at the Federal Ministry of Education.
“That Kick-started Section 17 of the Trade Dispute Act whereby the Minister of Labour and Employment, whoever it is, if you don’t transmit according to the dictates of Section 17, TDA, 2004, Laws of the Federation of Nigeria, you would have failed in your function. Therefore, I had to transmit.”

Ngige, however, said the transmission does not mean that the matter cannot be settled out of court.
He said either of the parties involved, the Federal Ministry of Education and ASUU could approach the NICN for an out-of-court settlement.
He maintained that Nigeria must be guided by laws and nobody should use the dispute to harangue anybody.

“The pro-chancellors said they want to do a counteroffer. I told them to do it as quickly as possible. Those are ingredients of labour relations. It is not enough if you misinform your membership. That should be a disservice. We should read through things as it is and interpret same way. If I leave them in education, they will stay there two years.”
Regarding the issue of inflation and workers’ salary, Ngige assured that the Federal Government will adjust workers’ salaries to meet current realities.