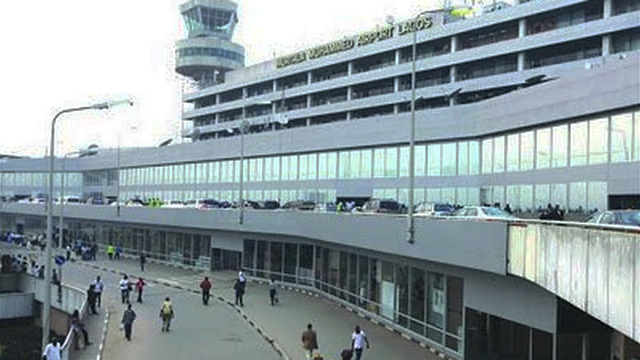 Less than 24 hours to the earlier threat issued by the National Association of Nigerian Students (NANS) to shut down airports across the country following the 7-month-old strike by the Academic Staff Union of Universities (ASUU) over unpaid accumulated welfare, the Federal Airports Authority of Nigeria (FAAN) has beefed up security around the major airports.

This is just as key players in the country’s aviation sector have described the contemplation of the students to shut down the airports as a wrong decision that will not bring the required solutions.

Speaking with the Nigerian Tribune on phone, the spokesperson of FAAN, Mrs Faithful Hope-Ivbaze said under the prevailing circumstances that FAAN will do everything possible to protect. The airports from being disrupted.

Her words: You know FAAN will not keep quiet under this condition, all security operatives are at alert. You know we all have security operatives at the airport because we know that things like this will always happen, therefore to protect properties, facilities and even lives of passengers, FAAN is never resting on its oars to do what is needful.”

A management official at the Nigerian Airspace Management Agency (NAMA), the agency responsible for the coordination of aircraft landing and take off, vis a vis flight operations through the services rendered by the air traffic controllers said there was no cause for alarm as flight operations will not be disrupted.

Reacting to the planned shutdown, a former military commandant of the Murtala Muhammed airport and the  the managing director of Centurion Security Services, Group Captain John Ojikutu, retired, declared that the contemplation of NANS threatening to shut down all airports to hit government hard in order to accede to the demands of ASUU was not the best solution.

According to Ojikutu: “The fact remains that in a situation like this, thinking of going to shut down airports has no bearing with the matter at hand, however no correlation. It behoves on NANS to know that civi aviation is highly regulated and any attempt of protest around such very sacred national facility affects the sovereignty of the nation.

“Airports are not markets places, as they are highly security controlled . Even such protest by NANS cannot be condoned at the semi restricted area of the landslide area of the airport. To be forewarned is to be forearmed. The thought by NANS shutting down civil aviation is ill- conceived, indeed an aberration and as such should be discountenanced.

“Rather NANS should visit National Assembly complex and the Federal Ministry of Education in peaceful protest otherwise the attack dogs of the State will consume them, if they tend to be unruly and destructive.”

The Chairman NANS’ National Task Force on ‘End ASUU Strike Now,’ Ojo Olumide, who spoke in Akure, Ondo State had criticised the Federal Government’s ‘No work no pay’ describing it as unacceptable to them.

Olumide who described the earlier 4-day shutdown of busy highways and expressways in Lagos and other places as a success, went ahead to hint of plans by the students to shutdown international travels from Monday, September 19, 2022, in order for “the bourgeois and the government to feel the pains the students had been subjected to in the past seven months.”

“The only thing we request for from them is to open our campuses back. We call on the Buhari government to pay all outstanding arrears and salaries of the lecturers. The policy of “No Work No Pay” is a fascist one. It is, therefore condemnable and non-acceptable to all the millions of students in Nigeria. We will, by this statement, not beg again. We shall be mobilizing all students to shut down the country. No Education! No Movement,” he added.