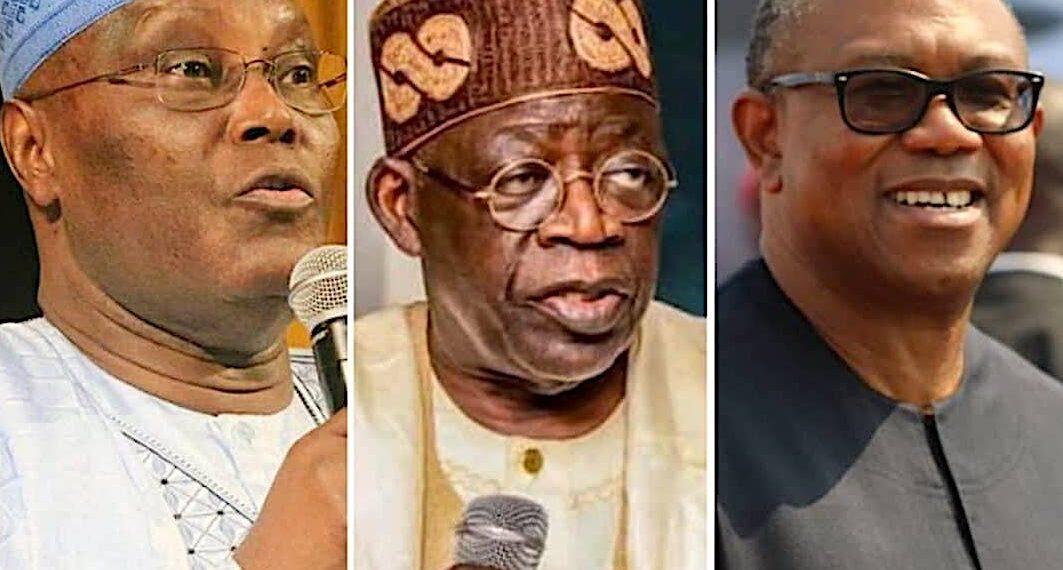 Farooq Kperogi: Nobody can restructure Nigeria in a democracy

In contemporary Nigeria, the term “restructuring” has become something of a “God term,” as rhetorical scholars call words and expressions that instinctively evoke warm fuzzy feelings in people, that galvanize people into action, that are unquestioningly sanctified by a cultural community, that people associate with affirmative attributes, and that people are prepared to make sacrifices for.

Terms such as “democracy,” “truth,” “justice,” “progress,” “accountability,” “good governance,” “transparency,” etc. are traditionally regarded as “God terms” in much of the Anglophone world. They are so universally positive, even if they are vague and imprecise in meaning, that their underlying assumptions are hardly questioned or disputed.

“Restructuring” has emerged as one of the most recognizable God terms in Nigerian political circles in the last few years and is becoming even more salient as the dysfunctions and debilities of Nigeria’s blundering and stultifying democracy are becoming both nakedly apparent and unbearable.

The rhetoric of “restructuring” fills a real psychic void in people who are scared to advocate the destruction of a “democracy” that keeps the majority of the people stagnant in oppressive poverty and alienation. They fear to be identified with radical alternatives to the present system for fear of being dubbed anti-democratic, anarchist, or that old bugbear: “military apologist.”

That is why politicians outside the orbit of power who want to get back to power now routinely conjure up “restructuring” as the elixir that will cure all of Nigeria’s ills, as the motive force behind their participation in politics, and as the most important campaign promise that any seeker of high political office can make.

Of course, as certain as tomorrow’s date, such politicians will do a volte-face when they get to power. They will become unashamedly vociferous defenders of the status quo that they had pretended to be up against because the current system guarantees enormous, unearned personal perks for people at the epicenter of the power structure.

APC politicians are living breathing examples of this. After campaigning to “restructure” Nigeria, they now say to “hell with restructuring” because they are beneficiaries of the structural deformities that hold the country back. Their opponents aren’t morally superior to them, either.

Nonetheless, in spite of APC’s bait-and-switch scam with “restructuring,” it is still a powerful rhetorical tool for Nigerian politics. And it is probably because it isn’t just a God term, it is also what semioticians call an empty (or floating) signifier.

An empty signifier denotes concepts that have no fixed, stable meaning; that have vastly variable interpretive possibilities; or that “may mean whatever their interpreters want them to mean,” to quote Jeffrey Mehlman who wrote an influential essay on the subject in 1972.

Like all empty signifiers that are also God terms, “restructuring” in Nigeria has become a blank semantic slate on which advocates inscribe whatever they want. In other words, its conception is so broad and so indeterminate that anyone can read any positive meaning into it so long as its utterers also artfully decline to be specific about what they mean by it.

No two individuals agree on what restructuring actually means. For some people, it entails a return to Nigeria’s previous, colonially created tripodal regional structure and the abolition of its currently unsustainable 36-state structure designed by successive absolutist military regimes.

Well, good luck telling Plateau or Benue people to go back to the days of the defunct Northern Region where their forebears looked up to a strange, distant, culturally alien figure in Kaduna to determine their destinies for them in their homelands.

Maybe advocates of a return to Nigeria’s First Republic should also try to convince people from Cross River or Akwa Ibom to go back to the days of the defunct Eastern Region where their son, Professor Eyo Ita, was removed as Premier of pre-Independence Eastern Region because Dr. Nnamdi Azikiwe lost his bid to be Premier of the Western Region and couldn’t contemplate, much less endure, playing second fiddle to an ethnic minority in the Eastern Region.

For others, restructuring doesn’t mean a return to the regional structure we inherited from our colonizers but fiscal federalism in which states control their resources and then contribute to the federal purse, where states can have their own police and not be dependent on Abuja to secure their people. In other words, restructuring means a decentering of Abuja. I support that sort of restructuring.

For yet others, restructuring means constitutionalizing the hexagonal geopolitical structure that Dr. Alex Ekwueme advocated and popularized during the 1994-1995 constitutional conference that General Sani Abacha organized, which we now use informally for distributive politics, as the basis for our federalism.

Such people want us to dissolve the 36-state structure and make the six geo-political zones our federating units. Well, I am not sure about that. While the six geopolitical zones do certainly have a heuristic value, they are arbitrary, ahistorical, and sociologically problematic, particularly in the North and the oddly named “South-South.”

There are still others, like me, who think any restructuring that doesn’t see merit in the constitutionalization of power rotation at all levels of government— in response to the factious and fissiparous nature of our polity and the need to promote inclusive development in our march to evolve as a nation— is a missed opportunity.

I have identified at least five other articulations and iterations of restructuring from its many advocates, which shows that there is no consensus among Nigerians about what “restructuring” actually means. And that’s why it’s an effective persuasive tool of political mobilization particularly among people who feel politically alienated and economically disaffiliated. It can be made to mean anything a politician wants it to mean.

More than anything, though, advocates for restructuring appear to ignore the near impossibility of substantively tweaking the structure of the country using the current constitution. Maybe it’s because I haven’t searched enough, but I haven’t encountered many prominent people who have come to grips with the almost impossible odds stacked against the possibilities of restructuring under Nigeria’s present American-style presidential democracy.

Changing the 36-state structure, for example, will require the assent of two-thirds of both the Senate and the House of Representatives, and the affirmative resolution of at least two-thirds of all state houses of assembly. Given Nigeria’s religious and regional polarization, it’s almost impossible to get 24 state houses of assembly to ratify an amendment passed by the National Assembly.

Only military rule has tinkered with the structure inherited from Nigeria’s colonizers. In other words, post-independence Nigeria is often restructured only when the military is in power. The only time Nigeria was restructured under democratic rule was in June 1963 when the Midwest Region voted through a plebiscite to be excised from the Western Region.

Had the country’s incipient parliamentary democracy not been rudely interrupted by a needless military coup in 1966, there is a chance that a Middle Belt Region would have been created for vast swaths of northern Christians out of the Northern Region.

So, it’s now clear that absent a military intervention (which I abhor with every fiber of my being) only a parliamentary democracy—or a drastic reformation of the American-style presidential democracy we practice now— can make possible periodic amendments to the structure we inherited from our colonizers.

America sets a high bar for amendments (or what we call restructuring in Nigeria) to its constitution because of its peculiarities and because it emerged from the broad consensus of its founders. That’s not Nigeria’s reality. There is absolutely no reason Nigeria should adopt America’s presidential democracy.

Interestingly, the American-style presidential democracy we practice and the impossible preconditions created to amend the constitution that came with it were imposed by the military. The military and its civilian collaborators (most of whom replaced them in power) obviously chose to doom Nigeria to be perpetually stuck in an atavistic time capsule.

The sad but ungainsayable truth is that it’s almost impossible to restructure Nigeria under our present American-style presidential system because people who exult in the uncurbed, winner-take-all privileges that the system confers (and that’s all politicians in power and their cronies) won’t give them up.

Politicians who promise to “restructure” Nigeria without being specific about what they mean and without acknowledging what it will truly take to change Nigeria’s structure are merely deploying an empty-signifying God term to exploit the emotions of people who’re displeased with the all-too-obvious infirmities of the current system to get to power.