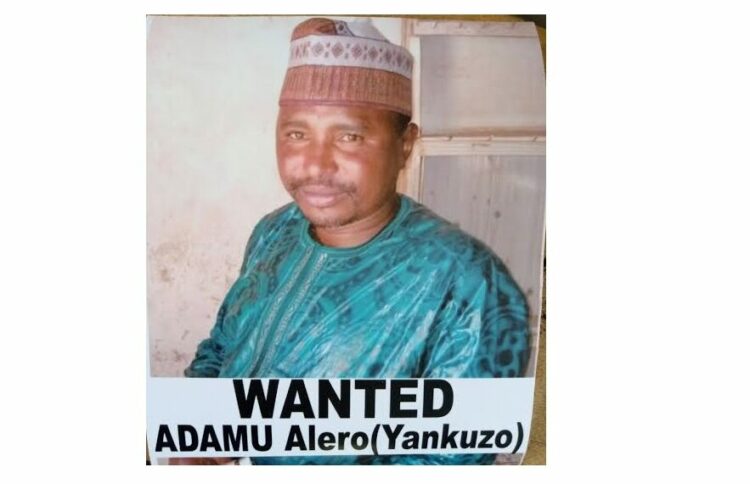 The terrorist Aleru, who has hundreds of fighters in Katsina and Zamfara states, is infamous for his ruthlessness.

Except the Zamfara State Government steps in to stop it, all is set for the coronation of a notorious terror kingpin, Ada Aleru, as the Sarkin Fulani (the chief of the Fulani) of the Yandoton Daji Emirate on Saturday.
Sources in the district, who asked not to be named for safety reasons, told PREMIUM TIMES that the decision to make the terrorist a chief was aimed at finding lasting peace in the crisis-ravaged Tsafe and Yandoton Daji emirates and other areas of Zamfara and Katsina states, which are regularly attacked by Mr Aleru and his subordinates.
Yandoton Daji is one of the two new emirates created by the Zamfara government in May. It was carved out from the Tsafe emirate. The emir of Yandoton Daji is Aliyu Marafa .
The decision to make Mr Aleru a chief followed dialogue between elders of the emirate and the terror leader.

PREMIUM TIMES reported in March that during the dialogue, elders of the emirate appealed to Mr Aleru to stop attacking communities in the emirate.
“Aleru has gathered a lot of money and cattle and he knows if this (fight with soldiers) continues, he may end up losing the cattle and his wealth. As the leader of most of the bandits in Yankuzo and Munhaye axis, and to a large extent, Tsafe area, he felt it would be better to reach a truce,” one source, a resident of the area, said.

Another source, a civil servant from Tsafe town, said the decision to give Mr Aleru the title was to show appreciation for the relative peace in the areas.
“There was a meeting in Yandoto two weeks ago and those who were present saw the commitment of Ada Aleru to the peace accord. He did not beg for the title but the emirate believes if he is given the title, it would tie him down,” the source said Thursday.

He added that the bandit observed the Eid prayer with other Muslims in Tsafe on Saturday, which was viewed by many as a sign that he had accepted the peace accord.
“I was at the Eid ground too and I saw when he (Mr Aleru) came with his boys and family members. None of them was holding guns,” the civil servant said.
He also defended the decision to confer the chieftaincy title on Mr Aleru.

“When was the last time we called to tell you that there was an attack on the Tsafe axis? I know that some people would not be happy with this decision, but can the government fight these bandits?”
He added that Mr Aleru is expected to come along with other notorious terrorists like Ali Zakwai, Bello Turji, Danboko, Sanata, Isuhu Yelo, Damina, and Mai Shamuwa.
“We’re certain he (Mr Aleru) will play a key role in making some top bandits’ leaders embrace peace,” said a source at the palace of the emir of the town.

When asked if the state government is involved or had been notified by the emirate council, he said he did not know but he was sure that the ceremony would hold.
Zailani Bappa, the official spokesperson for the Zamfara State Governor, Bello Matawalle, and the police spokesperson, Mohammed Shehu, did not respond to calls and SMS sent to them on the issue.

However, the head of protocol (Wakilin Masarauta) of the Yandoton Daji Emirate, Magaji Lawali, told PREMIUM TIMES that the emirate decided to make Mr Aleru a chief as part of efforts to strengthen the ongoing peace accord.
“Yes, I can confirm that he is going to be turbaned. We’re doing it to help strengthen the peace accord because our people are being killed and or abducted on a daily basis,” he told this newspaper on Friday.

The man, Ada Aleru
Ada Aleru was born in Yankuzo village under Tsafe Local Government Area but grew up in the main town. 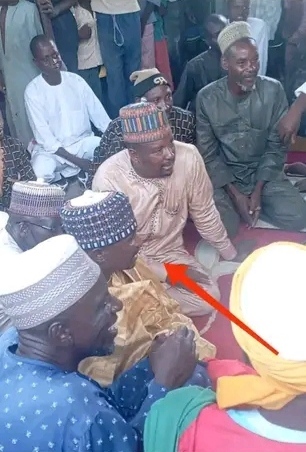 The 45-year-old leads a group of terrorists that attack communities in Tsafe and Gusau (in Zamfara) and Faskari and Kankara in Katsina State.
Mr Aleru gained notoriety in the area and earned the respect of his fellow criminals for his alleged ruthless execution of his victims.

He was accused of killing the son of the Zamfara State commissioner for security and home affairs, Mamman Tsafe.
Before that attack, Mr Aleru had led a series of attacks on the headquarters of Tsafe Local Government Area.
In 2019, the then Katsina police commissioner, Sanusi Buba, said the command would pay N5 million to anyone who provided information that would lead to the arrest of Mr Aleru.

Mr Aleru is believed to have led the attack on Kadisau Community in Faski Local Government Area, killing 52 residents. That attack was in protest of the arrest of his son, Sulaiman, by the police.
He is also blamed for the abduction of a Nigerian Customs Service officer after which he demanded N10 million as a ransom.
Not the first peace accord

In March, PREMIUM TIMES exclusively reported how a peace meeting between Mr Aleru and some elders in Tsafe Local Government Area led to a ceasefire for some weeks.
But Mr Aleru said he would not spare Magazu and other communities considered too hostile to the Fulanis.
A law enforcement source who asked not to be named because he has no authorisation to speak with the media on the matter told PREMIUM TIMES that leaders of the Magazu community tried to reach a truce with the criminal gangs that operate in the area.

“Five or four days ago, there was a meeting between the bandits’ leaders, especially Ada Aleru and his people on the one side and community leaders on the other where some agreements were made. The community elders sought for a window so that their people could be allowed to work on their farmlands while the bandits demanded a safe route from the community elders,” the source said on Thursday.
The source added that the bandit leader also told residents of Magazu to stop killing innocent Fulani.
Thousands of people have been killed in Zamfara and other states in North-west Nigeria by the terrorists, often called bandits by locals.