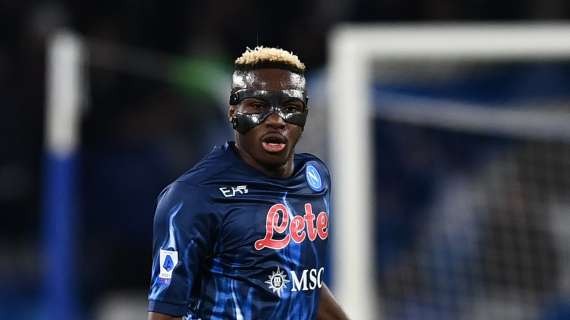 In an interview at the Club Napoli Night on Teleclub Italia, Incocciati who played for Milan 73 times in the Serie A said Osimhen works for his teammates and the team. He described Leao as being individualistic.

“He is a boy who has great room for improvement, he is generous, he fights for the team and works on the whole attack front to get the ball from his teammates, unlike Leao who is more individualistic. On Sunday, Napoli, with the thrust of their fans, can make the match their own and this will be decisive,” he said.

Napoli will face Milan in a top of the table clash with the stadium approved to be 75% of full capacity. It’s the first time Osimhen will play at the Maradona with many of his home fans expected.

The Neapolitans currently lead the Serie A with superior goals difference having won, drawn and lost equal number of games as Milan.

With Inter Milan trailing both teams with two points with a game in hand, the match has become even more important for either teams.

Napoli defeated AC Milan at the San Siro in the first leg.

Osimhen is yet to score against any top Italian side since he joined the team last year in a record transfer for the club.