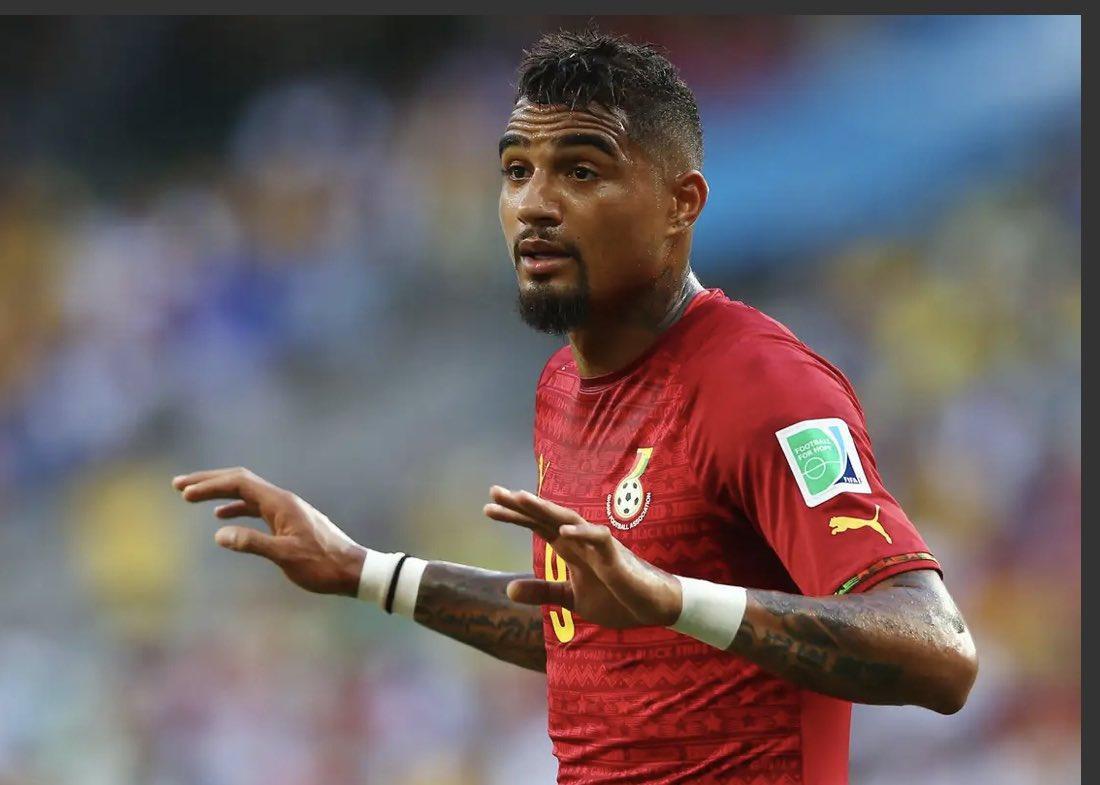 Former Ghanaian international, Prince Tagoe has called for the return of Kevin Prince-Boateng to the Black Stars fold ahead of Ghana’s Cup playoffs game against the Super Eagles of Nigeria.

According to Ghanaian sports journalist, Saddick Adams, Tagoe said on Ghanaian TV station, Angel TV that Ghana’s coach Otto Addo should invite Boateng to the national team as his experience will come in handy.

“I’ll advise Otto Addo to call Kevin-Prince Boateng for the #WCQ2022 playoffs. This Ghana vs Nigeria game demands players with the character and experience which Kevin has. If we are serious about qualification, let’s invite him,” Boateng was quoted as saying.

Boateng, who was born in Germany to a Ghanaian father, had 15 caps for the Black Stars between 2010 and 2014. After the 2010 World Cup, he announced his international retirement at the age of 24, citing fatigue from travels.

He came back for the 2014 World Cup but was sent home for disciplinary reasons alongside Sulley Muntari. The former AC Milan midfielder described the Ghanaian Football Association as amateurish at the time.

Prince Tagoe was in Ghana’s 2010 World Cup team as Boateng’s teammate and the former Accra Hearts of Oak attacker feels the Hertha Berlin midfielder still has something to offer.