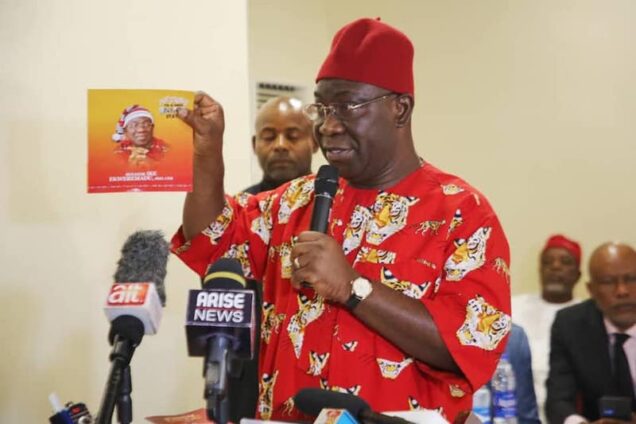 Ekweremadu, who represented Enugu West Senatorial District, spoke at a consultative session Friday with the media entitled: “A Pathway to a New Enugu State’’.

He also unveiled his agenda for the state.

He said that if elected, he would turn Enugu State into a one-city state.

“If I become governor as I said, we are going to make a conscious effort to give specific impetus to the youth and to women.

“We are going to engage young people that are talented as commissioners and advisers,’’ he said.

The former lawmaker expressed concern at the dearth of potable water in Enugu metropolis, adding that the problem would be resolved within six months of his administration.

“You know that there was water in Enugu many years ago. What we intend to do is to dam streams within Enugu metropolis and circulate water to our people.

“Six months into our administration, there will be water in every home in Enugu,” he said.

On tourism, Ekweremadu said that his approach would be to turn the state into a preferred destination of events and sports and to provide jobs for young people.

“Enugu State used to be the home of Nollywood when it started. We are going to bring it back. We will build a complete film and music city where thespians will be produced,” he said.