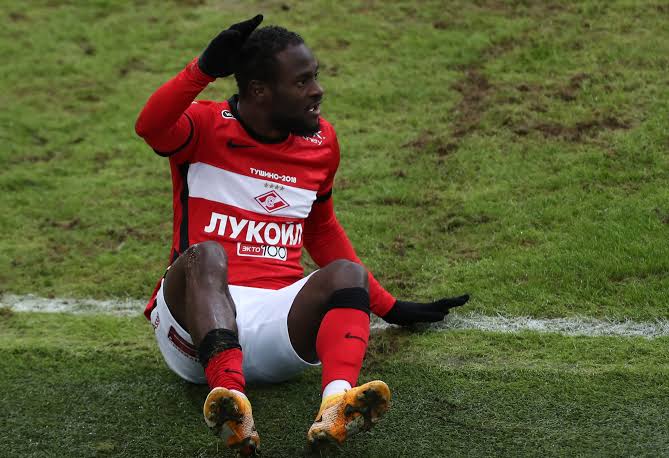 The Russians continue to get sanctions as the world seeks to restore sanity, but this time a former Super Eagles star could be affected

Victor Moses’ Spartak Moscow are set to be disqualified from the UEFA Europa League as part of sanctions for Russia because of their war against Ukraine.

The former Chelsea star joined the Gladiators last summer after spending the previous season on loan at the club. Since joining, he has proven to be an integral part of the team, making 43 appearances in all competitions.

This season, Moses has made six Europa League appearances for Spartak Moscow, scoring one and assisting four. Unfortunately, his sojourn in Europe could soon come to an end.

They were supposed to play RB Leipzig in the round of 16. But with the situation going on between Russia and Ukraine, Skysports reports that UEFA could choose a strong sanction against the Russians by disqualifying their only representative on the continent.

The move comes after UEFA’s decision to move the Champions League final from Russia to France. Top European clubs also showed support to Ukraine during their games last week.

Manchester United and Schalke have also cut off ties with some Russian sponsors.

With all these sanctions, hopefully, the Russians could end their attacks.