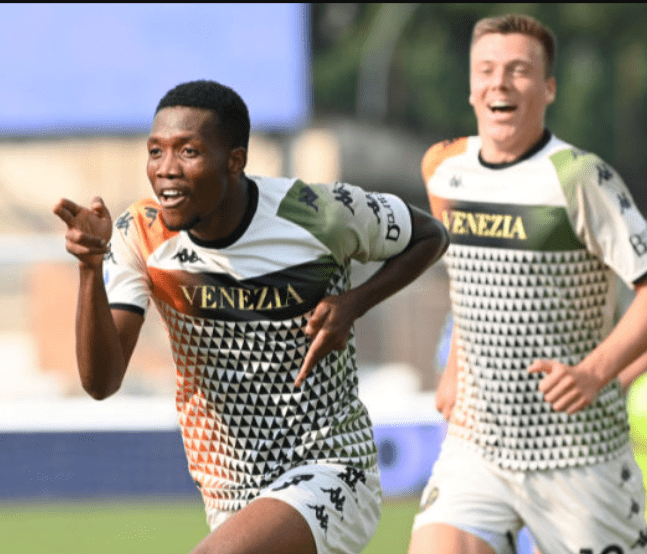 NEWSUPDATES247 brings you the highlights of some of the most significant actions involving Nigerian footballers abroad.

In the Italian Serie A, Ola Aina continued to be frozen out of the Torino first team as he did not make it off the bench as his side fell to a 1-2 defeat at home to Cagliari.

There were mixed fortunes for David Okereke, though, as he scored his sixth league goal for Venezia since his loan switch from Club Brugge in the summer.

The 24-year-old’s strike was, however, not enough as his side was defeated 3-1 away at Hellas Verona. Giovanni Simeone scored the hat-trick for the hosts, who could not parade injured Nigerian international Tyronne Ebuehi.

In the German Bundesliga, Noel Sarenren Bazee was the hero for Augsburg as he scored a 75th-minute equaliser to rescue a 1-1 draw against Borussia Dortmund.

It was the first goal the Nigeria international has netted in 13 appearances, all as a substitute.

In the Spanish Segunda Division, Nigerian attacker Emmanuel Apeh followed up his first goal of the season last week against Fuenlabrada with an assist in Alcorcon’s 2-2 draw at home to Ponferradina.

Alcorcon were two-nil down by halftime, but Apeh assisted Zarfino to kick off the comeback just after the break before Borja Valle’s stoppage-time penalty earned the hosts a share of the points.

In Switzerland, Aiyegun Tosin delivered an impressive performance to help FC Zurich claim a 4-2 triumph over Basel and go ten points clear at the top of the Super League table.

The 23-year-old assisted Zurich’s second goal of the day, scored by Blaž Kramer.

In Slovenia, Bede Osuji continued his fine spell to life in Koper with his sixth goal of the season to inspire his side to a fine 2-2 draw at Olimpija.

The victory catapulted Koper past Sunday’s opponents into second place and three points behind leaders Maribor.

Super Eagles star Peter Olayinka was in fine form as Slavia Prague smashed Hradec Králové 5-1 away from home. Olayinka was on for 71 minutes, but it was enough time to assist the Czech champions’ third goal of the afternoon.