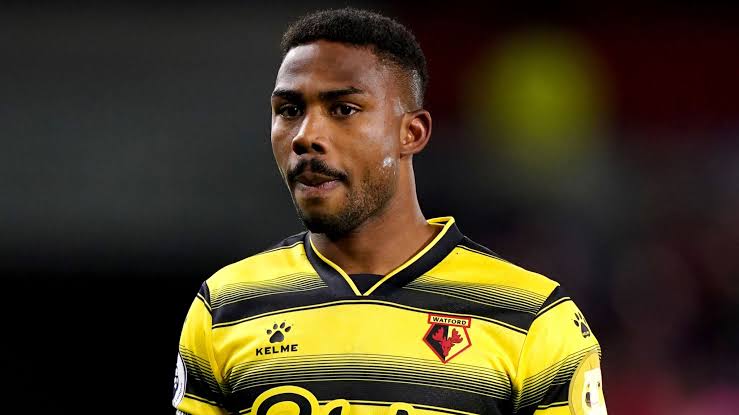 Watford attacker, Emmanuel Dennis has made a return to the Super Eagles ahead of the World Cup playoffs game against Ghana.

Dennis was invited as part of a 30-man squad for the game.

Recall that Dennis wasn’t opportune to play for Nigeria at the AFCON as his club held him back.

The player wasn’t also on the good books of former Super Eagles coach, Gernot Rohr as he was snubbed on many occasions.

NFF President, Amaju Pinnick in a recent trip to the UK had seen and spoken to Dennis and new Super Eagle, Ademola Lookman. He also met a host of other Super Eagles players during the trip, including the fit-again Oghenekaro Etebo.

Nigeria will play Ghana in a double header in March in Accra and Abuja in a potentially pulsating encounter. The Super Eagles and Black Stars have a rivalry dating back to the 1950s with the Ghanaians holding the edge on head-to-head.