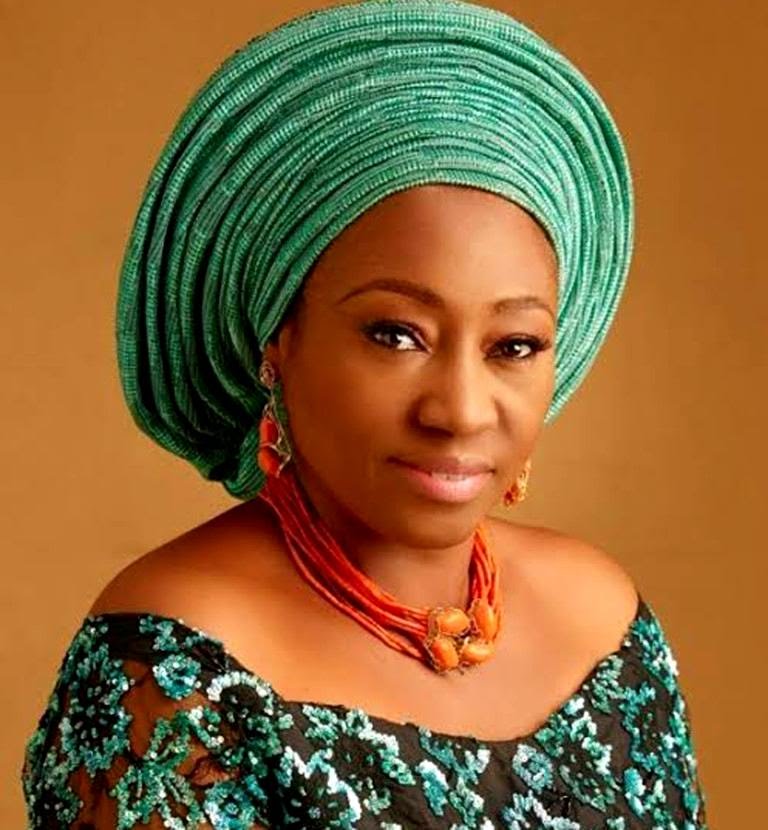 The wife of the Ekiti State Governor, Mrs Bisi Fayemi, has denied nursing an ambition to contest the senatorial seat for Ekiti South in the 2023 general elections.

Fayemi made this known in a statement on Friday barely 24 hours after a former secretary to the state government, Biodun Oyebanji, was declared the winner of the All Progressives Congress primary for the June 18 governorship election.

She also described online campaign posters in her name as the handiwork of mischief makers who claimed that the senatorial seat was going to be her reward for supporting Oyebanji.

The Chairman, APC Governorship Primary Electoral Committee for Ekiti, and Jigawa State Governor, Abubakar Badaru, who declared the former SSG as the winner of the primary, said Oyebanji scored 101,703 votes to defeat other aspirants, including a member of the National Assembly, Senator Opeyemi Bamidele, and a former Minister of Works, Senator Dayo Adeyeye.

However, seven of the eight governorship aspirants protested the list of local government electoral committees for the exercise, alleging that it contained names of supporters and campaigners of Oyebanji.

But Mrs Fayemi said her sole political agenda in Ekiti State was to support her husband, Dr Kayode Fayemi, and to ensure that he finished well as her husband’s success is the only reward she needs.

“This morning (Friday), I woke up to see posters online for Erelu Bisi Fayemi, Senate Ekiti North. This information has been circulating for some time now so it is nothing new.

“Today’s poster was, however, released the morning after Mr Biodun Oyebanji emerged as the governorship candidate for the next governorship election in Ekiti State. Those behind this mischief have been floating the narrative that the senatorial seat is going to be my reward for supporting Mr Oyebanji’s aspiration.

“I have no interest whatsoever in contesting a senatorial seat. I have never discussed this with anyone and how this story keeps circulating is a mystery. Let me repeat, I am not interested. The Ekiti APC primaries were held on January 27 and a winner was declared by the relevant authorities,” she said.

While congratulating Oyebanji on his emergence as the governorship candidate of the APC, Mrs Fayemi, added, “Many people of all ages spent a lot of time promoting their candidates online, a very important part of the political process. However, this can be done without resorting to slander, libel, and other untoward acts.

“While the principals concerned will find ways to resolve their differences, those who bear arms in their name on all sides need to be careful. I would, therefore, like to appeal for a cessation of hostilities and for all hands to be on the deck.”